On Tuesday, Vladimir Putin announced Russia was the first country to register a vaccine offering “sustainable immunity” against SARS-CoV-2, the virus that causes COVID-19.

Developed by the Gamaleya Research Institute in Moscow, it’s been registered with the Russian Health Ministry and approved for emergency use only.

But there are concerns it will soon be rolled out across the Russian population, far beyond emergency use. This has prompted discussion about the “race” towards a COVID-19 vaccine.

While speed is important, ensuring a vaccine is effective and safe is much more critical. The consequences of doling out a potentially unsafe and ineffective vaccine could be wide-reaching.

Read more: Vaccine progress report: the projects bidding to win the race for a COVID-19 vaccine

Data about the trials has not been published

The Gamaleya Research Institute announced it registered a SARS-CoV-2 vaccine with the Russian Health Ministry, the local regulatory body that determines which medicines can be used in Russia. This vaccine is called “Sputnik V” and the Institute has indicated it’s approved for emergency use. An emergency use approval generally means a vaccine could be offered to people at very high risk of infection, such as health-care workers, but not the general civilian population.

However, the data from the trial of Sputnik V has not been published and there is no data that indicates the vaccine would actually protect, as Phase III studies (requiring thousands of volunteers to demonstrate efficacy and detect rare side-effects) haven’t been performed.

The Institute did announce a Phase III trial for Sputnik V will begin on August 12 in Russia and several other countries. However, many scientists (including Russian researchers) expressed concern the vaccine will soon be used in large civilian vaccination campaigns, which wouldn’t usually be the case with an approval for emergency use. 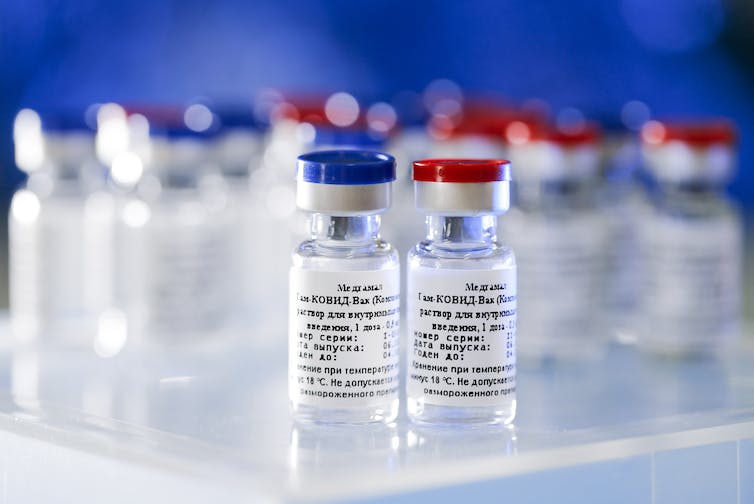 The vaccine was registered by the Russian Health Ministry for emergency use, even though Phase III trials haven’t been completed. Also, data from the Phase I and II trials hasn’t been fully released or peer-reviewed. Alexander Zemlianichenko Jr/Russian Direct Investment Fund/AP/AAP

What are the risks

If we go back to the analogy of a “race”, we should stop thinking of vaccine development as the 100-metre sprint. Instead, think of it more like the pentathlon. In the pentathlon, each section the athlete completes contributes to their overall score and cannot be missed. If we try to run this race against COVID-19 without each section, we could end up with a vaccine which has not been properly tested, which could be unsafe and would be unethical. And then we all lose.

The risks of advancing into mass vaccination without proper testing are significant. If a vaccine is released but side-effects emerge, the consequences include both the health impacts and deterioration in trust from our community. If the vaccine does not protect individuals from infection, those who have been vaccinated could falsely believe they are protected.

Our system of methodical series of clinical trials has been designed, oftentimes with hard-won lessons, to avoid oversights and build essential data on safety, immunity and protection with vaccines.

As stated by the US Health and Human Services secretary, Alex Azar:

The point is not to be first with a vaccine. The point is to have a vaccine that is safe and effective for the American people and the people of the world.

Development takes time and we need to be realistic with our timelines and expectations.

Testing a vaccine is rigorous

When countries consider introducing a vaccine, the following information is examined:

This information is collected during each phase of the clinical trials (Phase I, II and III), with a particular focus on vaccine safety at each step. Developing this package of information can take years, but there have been cases when timelines were condensed.

For example, testing for an Ebola vaccine was condensed down to five years due to a critical need for a vaccine in the midst of ongoing epidemics. Regardless of this urgency, each clinical trial phase was still completed.

Phase III clinical trials are especially critical to assess safety in a large group of people, because certain rare side effects may not be identified in earlier, smaller trials. For example, if a vaccine-related side effect only occurred in one in every 10,000 people, the trial would have to enrol 60,000 volunteers to detect it. 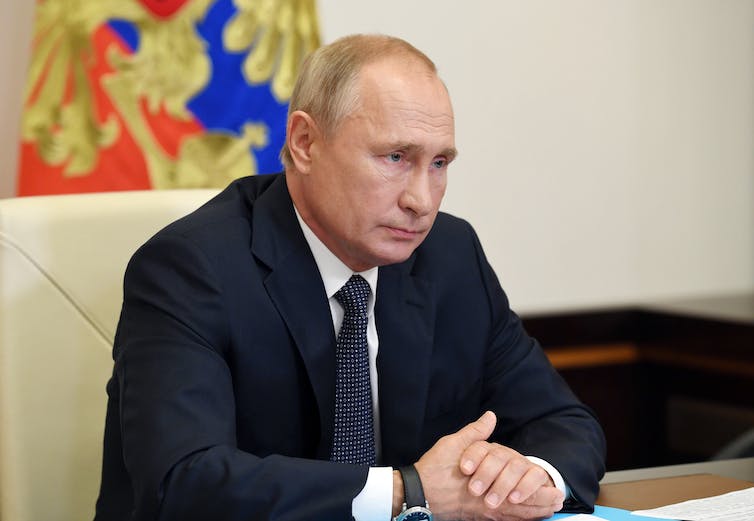 Vladimir Putin said the vaccine ‘works effectively enough’. But scientists have learned over many years to rigorously test vaccines. If they are going to be injected into millions of people, they need to be both safe and effective. Alexei Nikolsky/Sputnik/Kremlin POOL/EPA/AAP

What’s in this vaccine?

This type of vaccine is called a viral vector. With viral vectors, we trick our immune system with a bait-and-switch; we take a harmless virus, modify it so it can’t replicate, and include a target from the surface of the SARS-CoV-2 virus. The vaccine looks like a dangerous virus to the immune system, so the immune response is relatively strong and targeted against SARS-CoV-2, but the virus can’t cause disease.

Viral vectors are also a relatively new technology. There have been a number of large clinical trials with viral vectors for HIV, Malaria, Tuberculosis and Ebola, but only one for Ebola has ever been approved for use in the general population.

Read more: The vaccine we're testing in Australia is based on a flu shot. Here's how it could work against coronavirus