As the US presidential election polling day draws close, it’s worth recapping what we know about how Facebook has been used to influence election results.

The platform is optimised for boosting politically conservative voices calling for fascism, separatism and xenophobia. It’s also these voices that tend to generate the most clicks.

In recent years, Facebook has on several occasions been made to choose between keeping to its community standards or taking a path that avoids the ire of conservatives. Too many times, it has chosen the latter.

The result has been an onslaught of divisive rhetoric that continues to flood the platform and drive political polarisation in society.

How democracy can be subverted online

According to The New York Times, earlier this year US intelligence officials warned Russia was interfering in the 2020 presidential campaign, with the goal of seeing President Donald Trump re-elected. 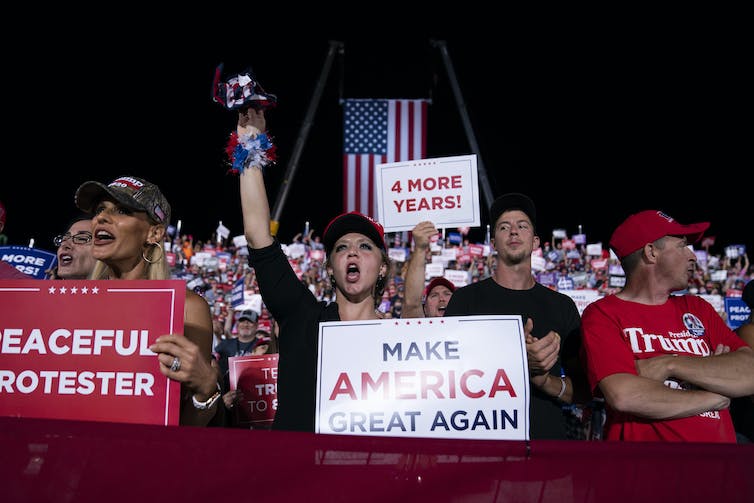 This was corroborated by findings from the US Brennan Centre for Justice. A research team led by journalism and communications professor Young Mie Kim identified a range of Facebook troll accounts deliberately sowing division “by targeting both the left and right, with posts to foment outrage, fear and hostility”.

Most were linked to Russia’s Internet Research Agency (IRA), the company also behind a 2016 US election influence campaign. Kim wrote the troll accounts seemed to discourage certain people from voting, with a focus on swing states.

Earlier this month, Facebook announced a ban (across both Facebook and Instagram, which Facebook owns) on groups and pages devoted to the far-right conspiracy group QAnon. It also removed a network of fake accounts linked to a conservative US political youth group, for violating rules against “coordinated inauthentic behavior”.

However, despite Facebook’s repeated promises to clamp down harder on such behaviour — and occasional efforts to actually do so — the company has been widely criticised for doing far too little to curb the spread of disinformation, misinformation and election meddling.

According to a University of Oxford study, 70 countries (including Australia) practised either foreign or domestic election meddling in 2019. This was up from 48 in 2018 and 28 in 2017. The study said Facebook was “the platform of choice” for this.

We’ve hired experts, built teams with experience across different areas, and created new products, policies and partnerships to ensure we’re ready for the unique challenges of the US election.

Facebook has drawn widespread criticism for its failure to remove posts that clearly violate its policies on hate speech, including posts by Trump himself.

The company openly exempts politicians from its fact-checking program and knowingly hosts misleading content from politicians, under its “newsworthiness exception”.

When Facebook tried to clamp down on misinformation in the aftermath of the 2016 presidential elections, ex-Republican staffer turned Facebook executive Joel Kaplan argued doing so would disproportionately target conservatives, the Washington Post reported.

The Conversation asked Facebook whether Kaplan’s past political affiliations indicated a potential for conservative bias in his current role. The question wasn’t answered.

Facebook’s board also now features a major Trump donor and vocal supporter, Peter Thiel. Facebook’s chief executive Mark Zuckerberg has himself been accused of getting “too close” to Trump.

Moreover, when the US Federal Trade Commission investigated Facebook’s role in the Cambridge Analytica scandal, it was Republican votes that saved the company from facing antitrust litigation. 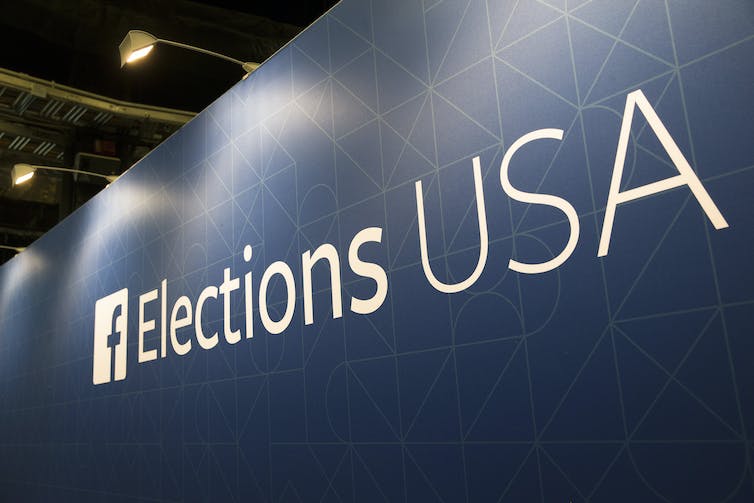 Following the Cambridge Analytica scandal, much of the public’s wrath was directed at Russian actors, rather than Facebook. John Minchillo/AP

As Zuckerberg himself notes, “when left unchecked, people on the platform engage disproportionately” with such content.

Over the years, conservatives have accused Facebook of anti-conservative bias, for which the company faced financial penalties by the Republican Party. This is despite research indicating no such bias exists on the platform.

Its sharing features have been found to promote falsehoods. They can trick users into attributing news to their friends, causing them to assign trust to unreliable news sources. This provides a breeding ground for conspiracies.

Read more: Netflix's The Social Dilemma highlights the problem with social media, but what's the solution?

Studies have also shown social media to be an ideal environment for campaigns aimed at creating mistrust, which explains the increasing erosion of trust in science and expertise.

Worst of all are Facebook’s “echo chambers”, which convince people that only their own opinions are mainstream. This encourages hostile “us versus them” dialogue, which leads to polarisation. This pattern suppresses valuable democratic debate and has been described as an existential threat to democracy itself.

Meanwhile, Facebook’s staff hasn’t been shy about skewing liberal, even suggesting in 2016 that Facebook work to prevent Trump’s election. Around 2017, they proposed a feature called “Common Ground”, which would have encouraged users with different political beliefs to interact in less hostile ways.

Kaplan opposed the proposition, according to The Wall Street Journal, due to fears it could trigger claims of bias against conservatives. The project was eventually shelved in 2018.

While several blog posts from the company outline measures being taken to supposedly protect the integrity of the 2020 US presidential elections, it remains to be seen what this means in reality.