We often hear about people being “in the zone” when they have excelled, be it at sport, playing music, video gaming, or going for a run.

For decades, researchers have tried to find out what the zone is and how to enter it. And the assumption has been that there is one zone that we can experience.

Our research with athletes, however, suggests there may be two types of zone.

Here’s how to decide which zone you need to be in — and how to get there. 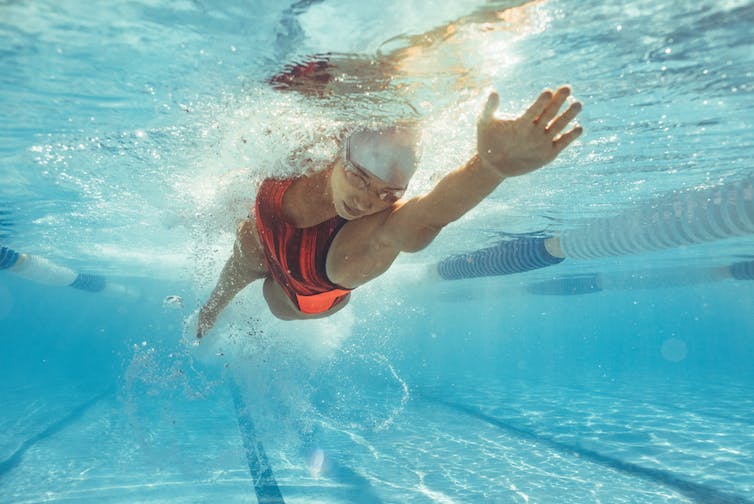 Research with athletes suggests there may be two zones. Shutterstock

Much research or media reporting about the zone is often based on interviews with athletes which take place some months or years after their performances have happened.

This means our understanding has been based on old, and likely faded, memories. As a result, people remember their experiences as one zone.

For our research, we interviewed athletes within days or hours of exceptional performances, allowing them to describe their experiences in much more detail.

We heard frequently of different ways of being “in the zone”, sometimes employed during different parts of a challenge. As a polar explorer told us, “They’re definitely two different states.”

A marathon runner told us: 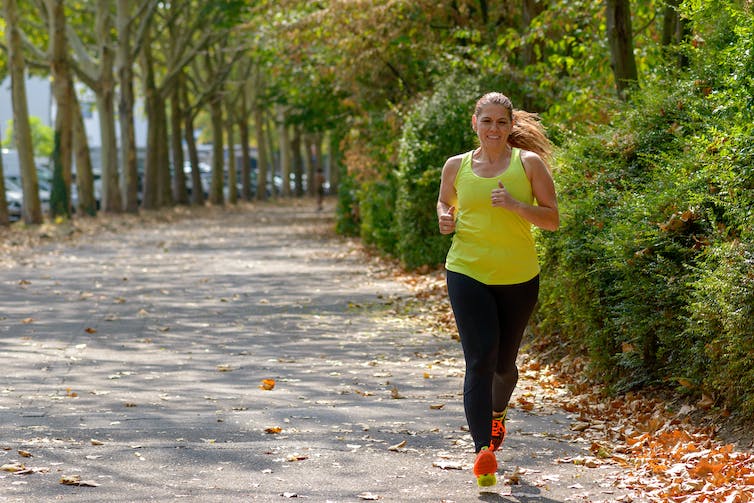 In the flow state, your performance effortlessly clicks into place as if you are on autopilot. Shutterstock

The flow state is where you become completely absorbed in what you are doing, you perform the task effortlessly — as if you are on autopilot — and it feels like everything harmoniously clicks into place.

The clutch state was described as “making it happen”, where athletes purposefully step up their effort and concentration during important moments in a performance.

This state describes clutch performance — a common term among fans and media in sport — such as Michael Jordan’s famous buzzer-beater in the 1989 playoffs (from from about the 2:00 mark in the video below).

Read more: The psychology of the clutch athlete

Which zone should you aim for?

We would all love to be in the zone more often. Now that the research is telling us there are actually two types of zone, a first step is to recognise which zone you’re aiming for.

Clutch performances occur in certain situations under pressure, when there is an important outcome on the line. Think meeting deadlines, running to catch the last bus home, or being at the end of a race with a personal best on the line.

Flow occurs in situations where there’s novelty, exploration, and experimentation. This might be playing a golf course for the first time, running a new route, or sitting down with a blank page and brainstorming ideas. There’s no pressure or expectation — you’re free to explore.

Both zones can happen in the same event too. For example, runners can be in flow during the start or middle of a race, and then realise they have a chance of breaking their personal best or a chance to win, and flip into a clutch performance at the end — like when Shura Kitata won in a sprint finish in the men’s 2020 London Marathon (from about the 2:05 timestamp in the video below).

How can you get in each zone?

Research suggests the type of goals we set plays an important role in getting into each zone.

Clutch performances occur when we realise there is an important outcome at stake, we understand what is required, and we step up our effort. You’ve probably done this before — like pulling an all-nighter to get your assignment finished, staying late at work to meet an important deadline, or pushing hard to record a personal best.

The key to these clutch performances is having a specific goal in mind, and understanding clearly what you need to do to meet the challenge (for example, “if I can run this last kilometre in under five minutes I can break my personal best”).

Once this challenge is set, it’s quite natural for us to increase our effort and intensity in order to achieve the goal. 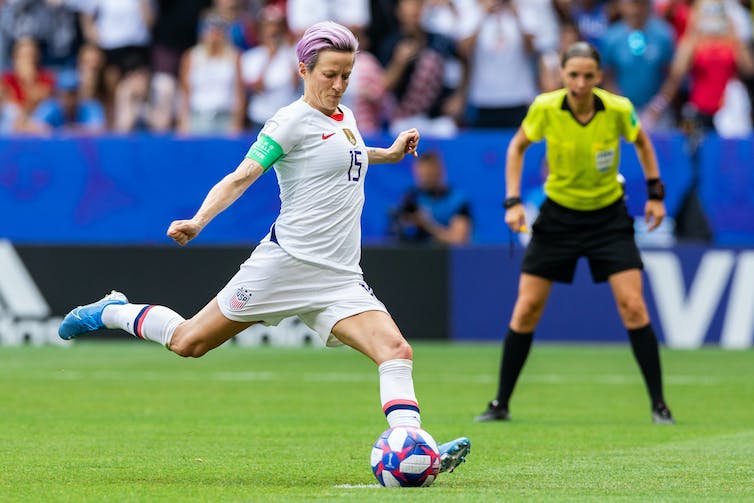 Megan Rapinoe of the USA football team in action during the 2019 FIFA Women’s World Cup Final match between USA and Netherlands. Shutterstock

To get into flow, however, we need to think a bit differently. We need to create situations where we can explore — where we’re free from expectation and pressure.

An important part of this is setting open goals such as to “see how well I can do,” “see how many under par I can get”, or “see how fast I can run the next five kilometres”.

These open-ended, non-specific goals help avoid pressure and expectation, letting you gradually build your confidence, and increasing your chances of getting into flow.