As the diplomatic fallout continues over the digitally altered war crimes tweet sent by China’s Foreign Ministry spokesman, Zhao Lijian, earlier this week, it’s important to note this inflammatory and offensive post is not an isolated case.

Zhao and other Chinese officials and diplomats have made many outrageous attacks on Australia and the US in recent years. Zhao himself was probably best known before this week’s tweet for his official promotion of a conspiracy theory that the US military was responsible for bringing the coronavirus to China.

Hu Xijin, the editor in chief of the Global Times, an official newspaper of the Chinese Communist Party, is another vocal critic of Australia.

Four years ago, the newspaper published a scathing editorial directed at Australia after Canberra said China must abide by an international tribunal ruling on the South China Sea. It called Australia a “paper cat” with an “inglorious” history, and said, “If Australia steps into the South China Sea waters, it will be an ideal target for China to warn and strike.”

Why nationalism is such a powerful force in China

These unrestrained attacks and repeated humiliations of Australia look bizarre, but they are engineered to suit a couple of specific purposes for the totalitarian regime in China: one domestic, the other global.

Domestically, this more aggressive posturing toward the world, known as “wolf warrior diplomacy”, is a key function of President Xi Jinping’s dictatorship, which is based almost exclusively on Chinese nationalism cultivated by the Communist Party.

Just like former leader Mao Zedong, Xi has consolidated his power, in part, due to the cult of personality that has developed around his rule. Xi’s image is everywhere in China and he’s even promoted his own ideology called “Xi Jinping Thought” in a similar vein to “Mao Zedong Thought” (and his famous Little Red Book).

Mao’s power was built on the twin ideologies of communism and Chinese nationalism. Today, however, communism is a waning force in China.

And though Xi and his followers still use the ideals of Marxism and “Xi Jinping Thought” for political purposes — such as purging rivals and dissidents — they rely heavily on Chinese nationalism to maintain the legitimacy of their rule in the eyes of the public.

Nationalism is a powerful force in today’s China. It’s seen in everything from Xi’s persistent calls for the “great rejuvenation of the Chinese nation” to Beijing’s increasingly strident anti-American and anti-foreign sentiments. 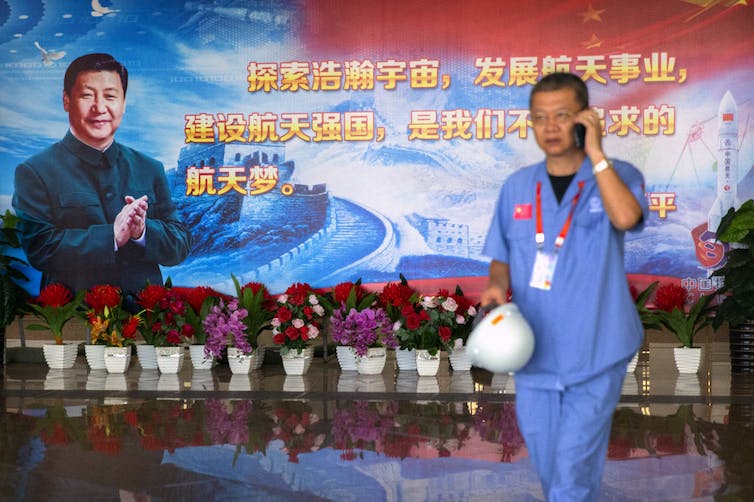 Xi rose to the top with a mediocre career, but has been dressed up magically as a strongman with great talent and unyielding will — an image that has become indispensable for the stability and cohesion of the regime.

In order to develop Xi’s strongman image and impose submission on the entire nation, the Communist Party propaganda machine has even resumed the titles used by Mao and other great dictators, such as “helmsman” and “people’s leader”. Loyalty to the country, the party and the leader has been made identical once again.

Still, there is rising resentment among some Chinese to Xi’s rule and the country faces enormous political, economic and social challenges. As such, Xi lives with a profound sense of insecurity. And his arbitrary rule and desire for absolute control make everyone else feel insecure.

Read more: Xi Jinping's grip on power is absolute, but there are new threats to his 'Chinese dream'

It’s against this backdrop that “wolf warrior diplomacy” has taken rise. Those who are seen as being tough against any real or potential enemies designated by the great leader are rewarded for their loyalty.

This is why Zhao Lijian isn’t punished for his inflammatory rhetoric against Australia, the US and other adversaries; rather, he’s become a star because of it. 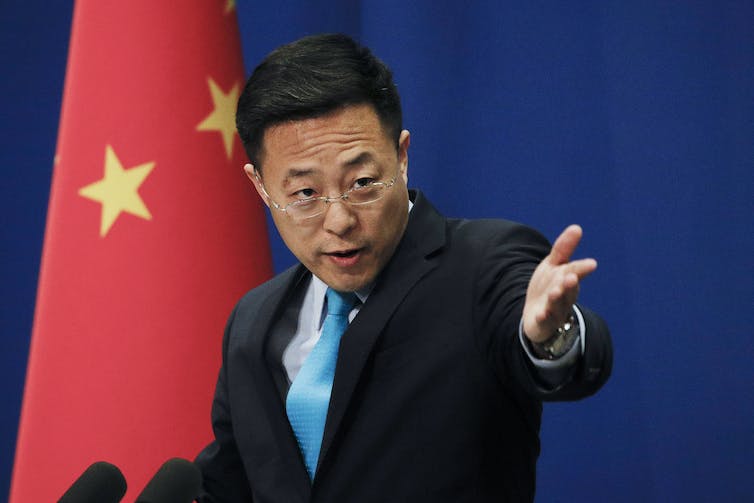 And on the global stage, China has long promoted its economic and political system as a legitimate alternative to the US-led, rules-based international order.

As such, it has increasingly expanded its influence diplomatically and militarily in recent years and set up the Belt and Road Initiative to create a new global economic and infrastructure network with China at the centre.

As part of this grand strategy, China has taken aim at countries like Australia that dare to challenge it to force their submission.

Australia is perceived by the Communist Party as both an essential target for its close alliance with the US and a soft target for its economic dependence on China. In short, Beijing can attack Canberra without facing many repercussions — and set an example for the rest of the world.

Read more: Australia can repair its relationship with China, here are 3 ways to start

The “wolf warriors” in the party have made frequent references to Australia being nothing but a pawn or lapdog of the US — an obvious attempt to drive a wedge between the two countries.

With nearly half of all Australian goods exports now going to China, Beijing has also tried to use this economic reliance to its advantage to force Canberra to modify its tone and behaviour. 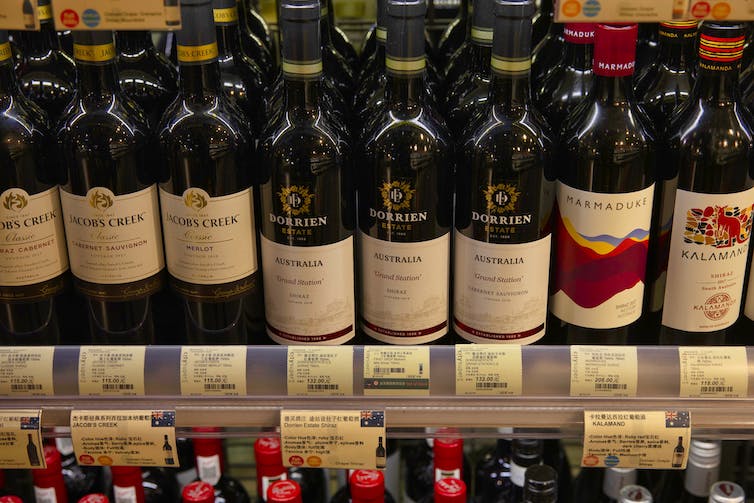 Showing the determination of the Communist Party regime to rein Australia in, the Chinese embassy in Canberra last month handed over a dossier of “14 grievances” to several Australian news outlets and demanded the Morrison government reverse Australia’s position on key policies.

These included criticising human rights abuses in Hong Kong and Xinjiang, calling for an independent investigation into the origins of COVID-19 and banning Huawei from the country’s 5G network.

The Communist Party state will not recognise how its quest for regional domination and expansionist policies threaten its neighbours, nor will it understand how its oppressive policies against its own citizens are a cause of legitimate concern for the world.

It will also not accept the reality of a strong Australia fighting back against Chinese bullying and interference to safeguard its sovereignty, core values and institutional integrity.

Beijing is flexing its muscles to ensure the submission of Australia and break up an Australia-US alliance based on national interests and shared values. But this is a gross miscalculation that will likely bring about the opposite result.