A doomsday scenario of an end to human sperm production has been back in the news recently, now with the added threat of shrinking penises.

In it, she suggests sperm counts could reach zero by 2045, largely owing to the impact of a range of environmental pollutants used in manufacturing everyday products: phthalates and bisphosphenol A (BPA) from plastics, and per- and poly-fluoroalkyl substances (PFAS) used, for example, in waterproofing. Under this scenario, she says, most couples wanting to conceive would need to rely on assisted reproductive technologies.

She has also warned these chemicals are shrinking penis size.

Epidemiologists find associations between disease and potential contributing factors, like lung cancer and smoking. But their work can’t identify the causes of disease — just because two things are associated doesn’t mean one is causing, or caused by, the other.

An article written by environmental activist Erin Brockovich in The Guardian in March leads by referring to “hormone-disrupting chemicals that are decimating fertility”. But causation is far from established.

It’s reasonable to expect chemicals that affect hormone function in our bodies, like BPA and PFAS, could affect reproduction in males and females, given available evidence. But we don’t have irrefutable proof. 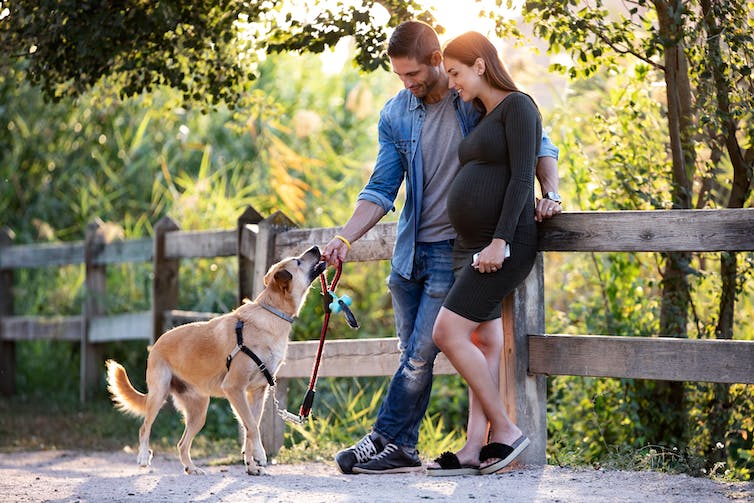 Could environmental pollutants be leading to infertility? Establishing cause and effect isn’t clear-cut. Shutterstock

In 2017, Swan and several colleagues published an exhaustive review study showing an apparent drop in men’s sperm counts of 59.3% between 1973 and 2011. This research informs the arguments Swan makes in Countdown and those we’ve seen in the media.

When Swan and her colleagues combined the data from all countries, they saw a decline because the studies of “Western” men outweigh those of men elsewhere (in the number of studies and participants).

Swan and her colleagues worked hard to avoid bias when conducting their study. But selection bias (related to how study participants are chosen), publication bias (resulting from researchers’ tendency to report only observations they think will be of interest) and other limitations of the original work used as the basis for their investigation could be influencing the results of the larger study.

Many studies from different parts of the world show declining sperm counts, which is concerning, but we don’t fully understand the reasons for the apparent decline. Blaming chemicals in the environment overlooks other important factors such as chronic disease, diet, and obesity, which people can act on to improve their fertility.

The problem with extrapolation

Swan’s 2017 study boils down to a straight descending line drawn between sperm counts of groups of men studied at different times between 1973 and 2011.

Just because a straight line can be drawn through the data, this doesn’t justify extrapolation of that line beyond its earliest and latest data points. It’s unscientific to assume trends in data exist outside the range of observations.

We know sperm counts of men in the early 1940s were around 113 million sperm per ml of semen, not the roughly 140 million/ml you get from extrapolating backwards from Swan’s research. Concluding sperm counts will reach zero in 2045, based on extrapolating forward from the available data, is just as likely to be incorrect.

When Swan told news website Axios “If you look at the curve on sperm count and project it forward” she was encouraging unjustifiable and unscientific interpretation of her data — even though she acknowledged it was “risky” to extrapolate in this way. Unfortunately this caution is too often unmentioned.

For example, Brockovich writes: “That would mean no babies. No reproduction. No more humans.” That’s hyperbole. It’s just not science. 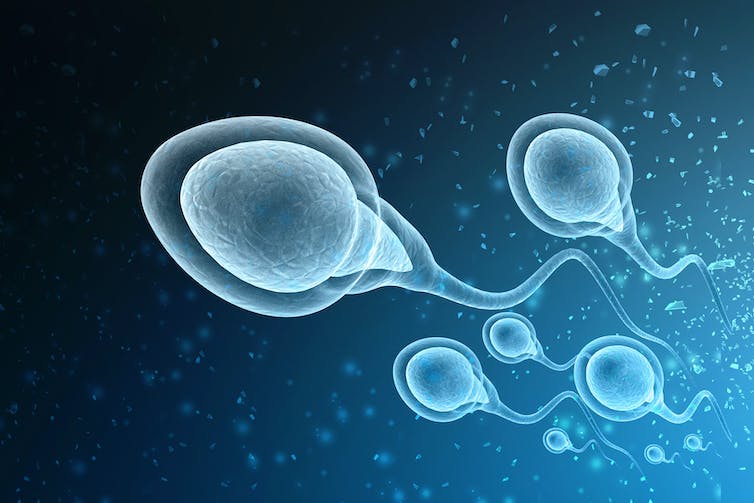 Swan has extrapolated from recent data to predict sperm counts could reach zero by 2045. But this isn’t necessarily accurate. Shutterstock

Claims of shrinking penises are obvious clickbait. But only a single study, of 383 young men from the Veneto region in northeastern Italy, links men’s penis size to the types of chemicals Swan attributes to declining sperm counts.

Within Veneto there are geographic zones with varied levels of PFAS contamination. A group of 212 men who live in areas with high or intermediate PFAS exposure and have high levels of these chemicals in their bodies, had an average penis length of 8.6cm, about 10% lower than the average of a group of 171 men from an area without exposure (9.7cm).

But a few features of this study affect the reliability of the observations and whether we can generalise them to other populations.

And from a semantic perspective, for penises to be “shrinking” they must be getting shorter over time, on either an individual or population basis. I cannot find any reports of men’s penises shortening as a consequence of environmental pollution. Available data don’t suggest a decline in penis size over the past few decades.

While environmental pollution is a pressing concern, the evidence suggests the catastrophic collapse of human reproduction and accompanying penis shrinkage is thankfully a pretty unlikely prospect.

Read more: Considering using IVF to have a baby? Here's what you need to know