The COVID-19 crisis has thrust a largely unseen part of Australia’s population firmly into the national spotlight.

These are the Australians who live and work abroad — our diaspora.

For more than a year, we have been hearing harrowing stories of Australians unable to get home. Most recently, there is the distress of those in India, currently banned from even trying to return.

But despite increasing awareness of this group, there is still much we don’t know about our diaspora. The bottom line is, we don’t have precise or up-to-date information about Australians overseas.

This lack of knowledge and understanding highlights the need for a national diaspora policy that truly reflects contemporary, multicultural Australia.

What do we know about Australians overseas?

Australia’s diaspora is estimated to include around one million people, but this would be significantly higher if former residents, such as international students, were included. 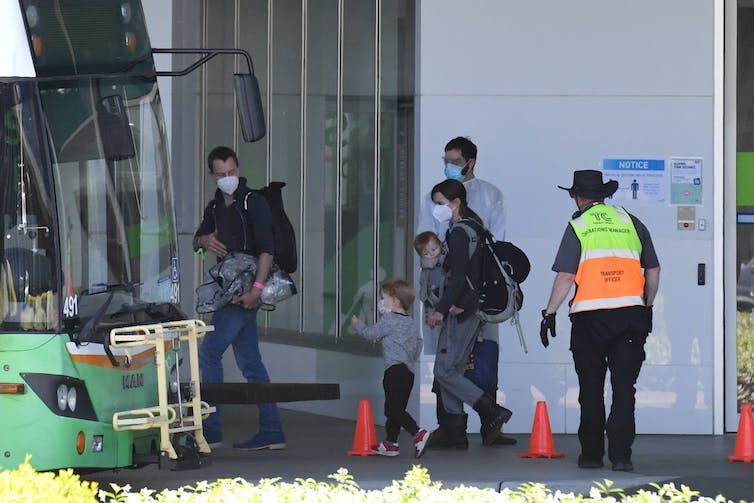 COVID-19 has seen more than 400,000 Australians return home, but more than 30,000 are still registered as wanting to come back. Mick Tsikas/AAP

Large-scale studies in 2003 and 2006 told us Australians overseas tend to be highly educated and highly valued by employers. Many also retain links with family and friends in Australia. They continue to identify as Australian and intend to eventually come back.

In 2004, without putting a number on them, the Lowy Institute identified five sub-groups of expats.

Organisations such as Advance (which is supported by federal government funding) work to connect Australians overseas with each other and Australia. The focus here is on high-profile or very successful expats and how we can leverage their skills and networks to Australia’s advantage.

Traditionally, the majority of departures from Australia have been to Europe, the United States and New Zealand. This has lead to a narrative that doesn’t necessarily reflect the make-up of Australia’s population living overseas and Australia’s multicultural story.

We know from immigration and short-term travel data (those away for less than a year) that Asia, and in particular countries such as India, China, Indonesia, Thailand and Japan, are increasingly important for Australians.

Long-term departure data present a similar picture. Our analysis of Australian Bureau of Statistics data shows India saw a 54% increase as a destination for Australian residents between 2007-08 and 2016-17.

Yet, we don’t have comprehensive or up-to-date data on where Australians are overseas, what they are doing and whether they are planning to come back.

Why don’t we have a clearer picture?

At a broader level, Australia’s national focus has been on our immigrants, for whom detailed data are recorded and available from the Department of Home Affairs and Bureau of Statistics.

Emigrants have long been an understudied element of Australia’s migration story.

Australia does not have a dedicated policy to keep track of and make use of its citizens living overseas. Tony McDonough/AAP

One of the reasons for our limited and outdated information on our diaspora is the voluntary nature of registration with the Department of Foreign Affairs’ SmartTraveller program.

In 2017, Australia also stopped collecting information on intended destination and reasons for travel on outgoing passenger cards. This was to improve the “traveller experience” and streamline the border clearance process.

Meanwhile, despite recommendations from Senate committees in 2005 and 2013, Australia has not set up a dedicated diaspora policy and monitoring unit within government.

At a basic level, a diaspora policy would provide a formal commitment to strengthen links and maintain connections with Australians abroad.

COVID-19 has shown us how important it is to understand where Australians are and their circumstances in a time of crisis.

This lack of information makes it difficult to plan and help people quickly. A holistic, consistent and ongoing dataset would tell governments where the pressure points are in times of crisis — where are most of our citizens? How old are they? How vulnerable might they be?

How can we do it better?

A commitment to deeper engagement with our diaspora is fundamental. In addition to a diaspora policy, a relatively easy way to get a better grip on Australians overseas would be to improve how Australians interact with SmartTraveller, so it becomes second nature for travellers to register and update their movements when overseas.

Read more: The crisis in India is a terrifying example of why we need a better way to get Australians home

Another alternative is to use census data from destination countries. This requires greater synchronisation among national censuses as suggested by the United Nations. However, this also means we are relying on other countries’ data collection, not our own.

Getting a better grip on Australians overseas will have huge benefits in terms of planning, our economy and national identity. Bringing our diaspora back into our national population and migration story will help us understand its true character, nature and value.

Importantly, it will also move beyond the narrative of Australians overseas as either a “burden” or an “asset”.