This is article is part of a series providing school students with evidence-based advice for choosing subjects in their senior years.

Studying science helps you make sense of the world and opens the door to a wide range of careers.

If you’ve decided to be a doctor or engineer then you will already know you need to do a science. But if you’re in the 45% of students who don’t know what career they’ll end up in, you may want to study a range of different subject types to keep your options open. Science could be one of them.

In Australia, science is compulsory until year 10 – after that, it’s a choice. The Australian Curriculum groups science into four areas:

The specific science subjects you can choose depends on where you live and what your school offers but they will fall into these areas, or a combination.

Biology was the most popular science subject among both boys and girls – 32.4% of all students who took a science subject in 2016 took biology. This was compared to 21% taking chemistry and 15% taking physics.

But more girls (40%) chose biology than boys (24%). And more boys (21%) chose physics than girls (8%). Similar proportions of girls and boys chose to study chemistry and life and earth sciences (such as geology and agriculture).

There are several theories for this difference. Some research shows girls consistently show a less positive attitude to science than boys and don’t feel they are as good at it. This is interesting because girls get similar marks to boys in science.

Read more: Girls score the same in maths and science as boys, but higher in arts – this may be why they are less likely to pick STEM careers

Girls tend to have better language skills than boys, so another suggestion is they are more likely to choose subjects that require those skills, such as humanities.

There are no clear answers but your gender shouldn’t matter when it comes to choosing science.

Back in the 1990s, 85% of students in year 12 took at least one science subject. Enrolments started to fall around 1992 and settled around where they are now. The reason for the fall continues to be debated but popular theories include a wider range of subject choices, and the perception science is too hard and not worth the effort.

Many experts consider the current enrolment levels too low and this is confusing in light of evidence that the demand for science, or more broadly STEM (science, technology, engineering and mathematics), skills is increasing.

A recent government report showed STEM jobs are growing almost twice as fast as other jobs.

Many roles are available inside and outside the lab. These are in areas such as climate change, materials science (anything involving how things are made and how they work — from nanoparticles to concrete), health, food technology, drug manufacturing and education. 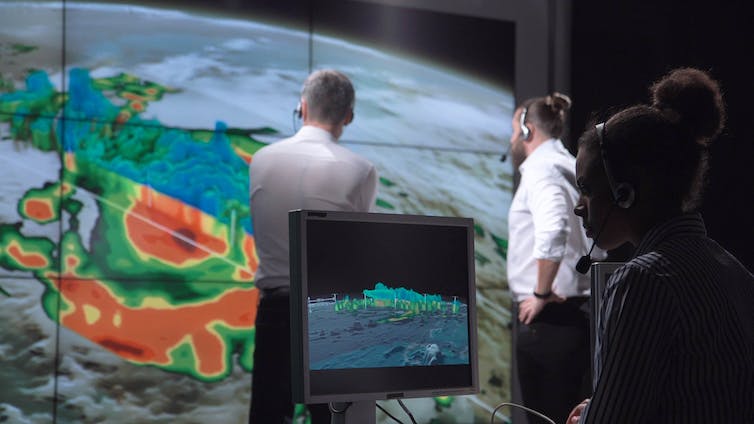 Climate science is among the many and varied areas science graduates could work in. Shutterstock

Of course it’s unlikely you’ll go straight out of school into a science job. You’d have to do a university or another type of course – such as vocational education and training – first. It will be far easier to do one of these courses if you did a science in your final years. Although, there are still pathways into them even if you didn’t.

The reverse is true too — you may change your mind about wanting to pursue science after studying it at school (or uni). In fact, about two-thirds of students who do a STEM subject at school or university actually end up with jobs outside of STEM.

What else can science teach you?

In my research into how students chose their subjects, most students thought science was only useful for traditional science careers such as medicine or engineering. That’s not the case.

Studying science helps build scientific literacy, which means being able to engage with and reflect on science topics in your daily life. Good scientific literacy gives you skills to see fake science for what it is and talk meaningfully about issues like climate change or COVID vaccines.

Studying science also helps students understand their world and be interested in what is happening around them. Knowing how science works means you can make up your own mind about evidence. You can decide if getting solar panels makes sense or if kale really is a wonder food. 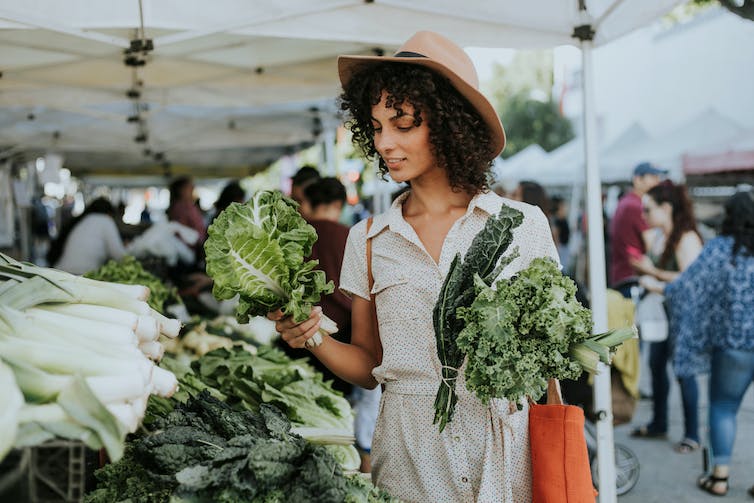 Scientific literacy can help you determine things like whether kale is in fact a superfood. Shutterstock

Today’s 15 year olds are predicted to have five different careers and 17 changes of employer in their lifetime. So it makes sense to choose a range of subjects that build skills which are portable across a range of roles.

Including a science subject in the mix, even if you’re not planning for a scientifically related career, can provide a good balance. But only, of course, if you’re interested.

Don’t choose it for the ATAR

You may hear science subjects are great because the marks are scaled up when your ATAR is calculated. That’s not quite right.

As you probably know, the ATAR is your rank compared to other students and it’s one factor in how universities select students.

Historically science subjects have been favourably scaled because the average academic ability of students doing science has been higher than the average student. Scaling happens after the marks are in and aims to even the playing field between subjects. You have a far better chance of getting a good mark if you do a subject because you enjoy it, or are good at it.

Read more: Choosing your senior school subjects doesn't have to be scary. Here are 6 things to keep in mind

In my research I found both girls and boys ranked finding a subject interesting and enjoyable as the most important influences when deciding to choose or reject a subject for year 11. Next came needing a subject for a career and then their expectation of getting a good mark.

You will need to weigh this up for all your subject choices, not just science. In the words of a year 10 student from my research

You don’t have to love science but you do need to like it and think you can do the work.