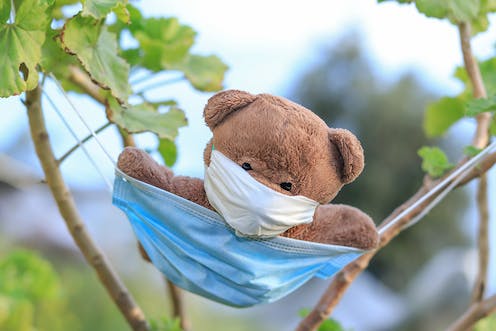 Thousands of families are without childcare as hundreds of services have had to close due to a surge in COVID cases, while many more are running at reduced capacity. Many parents dread another chaotic year that may have them jugging childcare and work at home.

The government rescued the childcare sector several times over the past two years – making services eligible for a portion of their pre-pandemic payments as families pulled their children out. But these measures were only temporary.

The childcare system was already busting at the seams before COVID. I led an international survey in 2021, during the pandemic, in which early childhood educators’ gave ideas on how their government could support their work. In Australia, 51 educators participated.

Here are four preexisting the issues that have increased during the pandemic.

Currently, many childcare services are closed and others are operating at reduced capacity because staff are either sick with COVID or close contacts that need to isolate. But staffing problems plagued the sector well before the pandemic, with more than a 30% staff turnover.

The agency responsible for early childhood education and care, the Australian Children’s Education and Care Quality Authority (ACECQA), released its National Workforce Strategy in 2021. It revealed 25% of educators have been at their service for less than a year. This high turnover harms relationships with children who need continuity.

In a 2021 survey of almost 4,000 Australian educators, 73% said they planned to leave their job within three years. The reasons included low pay, overwork and being undervalued.

Women make up 91% the early childhood education and care workforce. Pay is low in traditionally female occupations, and many educators leave simply because they cannot afford to stay.

Read more: Early childhood educators are leaving in droves. Here are 3 ways to keep them, and attract more

But there is unlikely to be a stampede to become one of Australia’s 13th lowest paid workers, just above a housekeeper. The national average salary for a childcare worker is A$29.63 per hour, but many earn as little as A$23.50. This is in comparison to an average school teacher who earns A$33.65 per hour.

One educator in our study called for

recognition of the equal value of early childhood educators with primary school teachers, especially for university-trained teachers, who experience a huge pay gap.

Casualisation in the sector is another issue leading to high turnover. As part of government COVID rescue packages, permanent staff could receive JobKeeper payments, but casual staff at childcare services were not eligible. Many casual staff left the sector.

Government oversight is needed but there is always confusion about which government is responsible. Then there are also differences between community based and private services.

2. Nobody is responsible for the sector

Australia has one of the highest levels of privatisation in early childhood education in the world. This makes it harder for governments to control casualisation. However, the government sets the award wages.

In a recent speech to the National Press Club, New South Wales Premier, Dominic Perrottet, said he wanted states and territories to be able to take over responsibility for childcare from the federal government. This was part of his plan for “reform for a postpandemic world” which he said should be “state led, not Commonwealth led”.

Read more: The government has again rescued the childcare sector from collapse. But short-term fixes still leave it at risk

The federal government funds childcare, through subsidies, but providers are largely private and set their own fees. The state and territory governments fund community preschools.

The federal government is responsible for the sector’s standards, frameworks and curricula, but the state and territory governments regulate them. This messy web makes it more difficult to reform the sector and manage costs for families.

One level of government taking responsibility for childcare and preschool services will go some way to fixing the problems.

NSW Premier Dominic Perrottet wants the states to take over responsibility for childcare.

In ACECQA’s survey, educators blamed administrative overload as one of the three main reasons they wanted to leave the profession.

The increasing paperwork came as governments created managerial systems disguised as quality assurance, to try to regulate the sector.

Now, educators must collect big data every day, including mountains of checklists for regulation and to document children’s learning. This extra workload reduces time spent on quality interactions. It also makes educators feel micromanaged, affecting their identity and confidence.

Read more: Early childhood educators are slaves to the demands of box-ticking regulations

Echoing the Productivity Commission’s findings in 2014, educators in our study said governments must “reduce paperwork”, which they described as “ridiculous”, “complex”, “indecipherable”, “frustrating” and “random”. As one educator said: “we need some paperwork, but we also need to be there for the children”.

Over 60% felt frustrated three or more times a week. Nearly 40% of educators said the paperwork required for accreditation compliance (assessment and rating) decreased the time they spent with children.

Despite being an essential worker, educators are undervalued, struggling for recognition. Their strengths are not mentioned in curriculum documents.

Overwork is the second reason educators want to leave. Our study showed that during the accreditation period, when they need to fill out regulation requirement documents, 50% of staff reported working unpaid hours. Staff morale also suffers during accreditation.

Despite doing essential work, childcare workers are burnt out and suffer from low morale. Shutterstock

During the pandemic, educators reported an increased burden with extra time needed for cleaning, health requirements, communicating with parents, rearranging work plans and spaces, caring for staff, and constant hypervigilance.

One said, “I would prefer to work somewhere for the same or similar wage with less stress and take-home work”.

Burnout is the third reason educators want to leave. “The demand on educators is too high. The pressure is intense”, one told us.

Read more: 'Insulting' and 'degrading': budget funding for childcare may help families but educators are still being paid pennies

The National Workforce Strategy recommends directors give educators links to well-being services and strategies. While this is well-meaning, it is simplistic given the level of crisis.

For example, we found 70% of educators felt overtired and 60% felt overwhelmed three or more times in the last week.

Recognition of childcare as an essential service – with assured funding provision and a more streamlined level of government regulation – is key to reforming the sector’s status, and educators’ pay.

The sector is in crisis, so we need to stop talking about ideas to change it and take action towards total reform.