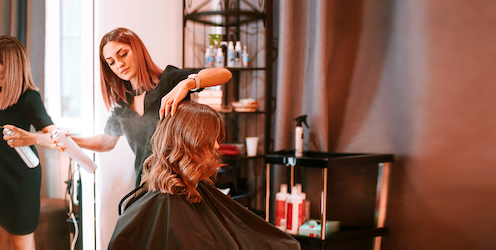 This article is part of The Conversation’s series looking at Labor’s jobs summit. Read the other articles in the series here.

One word gets mentioned more than “jobs” and more than “skills” in the briefing paper for Thursday’s jobs and skills summit. It’s “productivity”.

In a report released earlier this month, the Productivity Commission (yes, we have an entire commission devoted to productivity) makes the idea sound simple.

It presents an equation:

The commission makes the reasonable point that producing more output (of anything – flowers, healthcare, food) per unit of input, so long as the quality is maintained, ought to be the goal of life.

Who wouldn’t want more for less?

You could use the freed-up time to kick back or make more of what you really want. And because you were producing more per hour worked, you would be in a good position to get a pay rise.

The commission is careful not to say you would get a pay rise. Instead it says that where there have been sustained pay rises above inflation, they have almost always been underpinned by increased productivity.

How much of the pay-off from an increase in output per hour worked goes to wages depends, among other things, on bargaining power.

But it ought to be beyond doubt that the only guaranteed way to be able to lift living standards is to lift productivity. Beyond a certain point, working more hours won’t help, because, in the words of the commission, “there are only so many hours in the day to work”.

Nor will using more resources. They are finite. The only certain way to continue to get more of what we want is to get more from what we’ve got – which is the definition of productivity.

And just lately, productivity growth has slowed to a crawl, to what the briefing paper for the summit describes as the lowest rate in half a century.

It’s probably not because we’ve run out of ideas, although it might be because we used up a lot of good ones. Back when enterprise bargaining was introduced in the early 1990s, when we were asked to find improved ways of doing things at work in return for pay rises, we did it. But it became harder to keep finding gains as big.

More broadly, the extraordinary success of the productivity gains we made in manufacturing and agriculture have made them less important as employers. Now most of us (almost 90%) work in services. And services are hard to automate.

Productivity has become harder to measure

What about hairdressing? A hairdresser who trims twice as many heads per day isn’t necessarily twice as good, even if the quality of each trim remains the same. Part of a good hairdresser’s service is the quality of attention they offer each customer.

It’s the same for health care and education. That’s one of the reasons the Australian Bureau of Statistics doesn’t produce estimates of the productivity of the “health care and social assistance” or “education and training” industries, two of Australia’s biggest industries.

Read more: Why productivity growth stalled in 2005 (and isn't about to improve)

And many education and health services are provided free or subsidised, making the price charged an unhelpful measure of output.

(The bureau is planning to introduce “experimental” estimates of the productivity of the education industry next year, but it is finding it hard. It wants to define the output as the “organised communication of knowledge from teacher to student”, which gives an idea of how murky the whole idea is.)

Putting quality of work and life on the summit’s agenda

Economy-wide, the Productivity Commission relies on the bureau’s rough and ready measure: gross domestic product per hour worked, but it’s misleading for the same reason.

Labor came to office promising every Australian living in aged care would receive an average of 215 minutes of care per day.

When that happens, it will be a drag on measured productivity – on GDP per hour worked. Yet it will hugely improve the lives of Australians.

It makes sense for the summit to focus on productivity, given that measured productivity growth has slowed, but it should only be part of the conversation.