Thanks to Selena Gomez and Dr House, most of us have heard of lupus. But most of us don’t know what it is, and until recently, none of us were sure whether stress could be a risk factor.

The simplest way to understand lupus is “your immune system gone wrong”.

We have evolved powerful immune systems to detect, attack, and destroy invading microbes. But if the immune system makes an error in the “detect” stage – incorrectly recognising some part of us as foreign – it will attack it with all of the tools at its disposal.

This self-directed, or “auto”-immunity, is the basis of countless diseases, from juvenile diabetes to multiple sclerosis. But unlike those examples, in which the immune system attacks just one tissue, in lupus all tissues of the body can be targeted.

This can mean anything from a rash and arthritis to the immune system disrupting the function of the brain, heart, and kidney. Some sufferers may have minor symptoms such as tiredness and joint pain that resolves within a few months, but for some the disease can last for years and require transplantation of damaged organs.

These symptoms can arrive in any order at any time, and cause a severe loss of quality of life and reduction in life expectancy. As lupus mostly affects young adult women, the impact of this is great.

Why does this happen?

We know from genetic studies that at least some risk of lupus is inherited from our parents, but we also know that inheritance explains only a fraction of the risk of getting lupus. So other factors must contribute.

It now appears that a large subset of lupus patients’ disease is caused by mechanisms the immune system normally uses to combat viruses. The immune system produces virus-fighting hormones (called “cytokines”) such as interferon – which activates the production of antibodies and destructive inflammation intended to kill the infection. When this happens by error, and is directed at the self, tissue inflammation and damage occur.

Current treatments are limited to non-specific immune suppressant drugs “borrowed” from other diseases such as arthritis, and drugs used to stop an organ recipient’s body rejecting the donor organ. Although life-saving in many cases, these drugs have major side effects and don’t control all patients’ disease.

How is stress related to lupus?

As a rheumatologist I treat patients in hospital with musculoskeletal diseases and autoimmune conditions. A patient of mine suffering from lupus had, some time prior to diagnosis, been the victim of an assault, which caused post-traumatic stress disorder (PTSD).

This case posed to me, and more importantly to the patient, the question of whether stress could have led to the development of lupus. Until recently this question has been effectively unanswerable.

A new study looked at data reporting on the association of trauma and PTSD with the incidence of lupus. It found that PTSD was associated with a nearly threefold increase in risk of subsequently developing lupus. 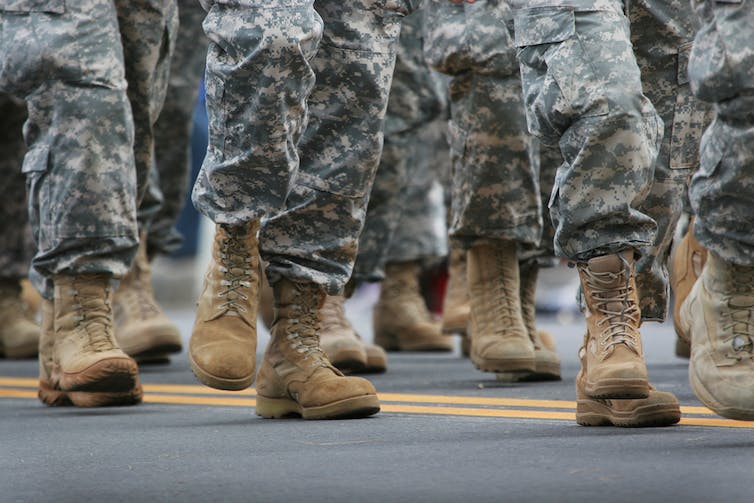 A study found a link between PTSD and auto-immune conditions in service personnel. from www.shutterstock.com

A past history of trauma, regardless of carrying a PTSD diagnosis, was associated with a similar threefold increase in the risk of lupus.

These findings confirm a previous study of ex-service personnel, in which PTSD was both disturbingly prevalent and also a powerful risk factor for the development of autoimmune diseases, including lupus.

Read more: Why 'It’s never lupus' - television, illness and the making of a meme

The association of stress and the immune system dates back to the 1930s, when pioneering endocrinologist Hans Selye found that there are distinct changes in the body in response to a threat. The term “stress” was also attributed to Selye, albeit coined much later.

Crucially, Selye also observed that stress results in disturbances in steroid hormone production. As we now know, the body’s naturally occurring steroids act through the same pathway as steroid drugs used to treat lupus. This provides a possible mechanism for the connection between stress and the control of immunity.

Intriguingly, some organ manifestations of lupus, such as severe skin or blood disease, are notoriously resistant to steroids, and recent laboratory studies suggest interferon activation in lupus may be responsible for this steroid resistance. Thus, stress, changes in steroid production, and failure to suppress interferons may represent a chain of events influencing the development of lupus.

So this new study means we’re a little less unsure about the causes of auto-immune diseases. And while sufferers can’t change past life events, knowing the causes brings us closer to understanding, and to better treatments.