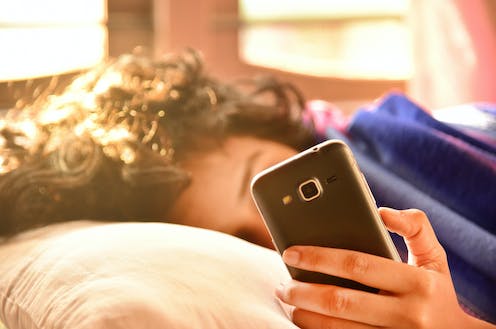 Digital platforms like Facebook and Google give us easy access to media and information. But our collective dependence on these tech giants could in the long run reduce the quality of journalism, making us all worse off.

The tension between convenience for readers and funding for journalism has been highlighted by Facebook’s recent move to block news in Australia rather than pay media companies under new regulations.

Situations like this, where each individual acts in their own best interest but everybody still somehow loses, are surprisingly common in life. Economists see them through the lens of the “prisoner’s dilemma”, a famous fable from game theory that might well illustrate our digital platforms ecosystem.

What is the prisoner’s dilemma?

Imagine two prisoners being interrogated in separate rooms about a crime they’ve committed. Each is offered a reduced sentence if they provide evidence of the crime.

If both prisoners provide evidence, they are both convicted of the crime. If only one does, he or she gets a reduced sentence, while the other gets the harshest of sentences. If neither supplies evidence, the investigator can only convict them of a minor crime.

Read more: The legacy of John Nash and his equilibrium theory

By this logic, both prisoners would give evidence (it is a “dominant strategy” for each of them) — but both would end up worse off than if they had both stayed silent.

This fable is one of the most famous and successful models of game theory — it has been widely used to study nuclear arms races, climate change, the evolution of cooperation, doping in sports, and many other phenomena.

Digital platforms make it easy for users to access news and information by integrating them into the rest of their services. Seeking out news directly from providers would be less convenient.

When we choose to get news and information on these platforms, we individually value the convenience, but not the effect on news quality in the long run.

Google and Facebook dominate the news ecosystem without creating content themselves. We generate value when we use the platforms — but the quality of the news and information we get will depend on how much of that value ultimately goes to the journalists and newsrooms who produce the content in the first place.

Read more: How Facebook and Google changed the advertising game

If very little value goes to content providers, they may have little incentive to develop high-quality content. This is the classical prisoners’ dilemma outcome, where we are all worse off.

Who captures the value of news and information?

Digital platforms capture enormous value by monetising the time and attention we spend on them, and the data we generate.

There are good reasons to think digital platforms bring significant value for news and content providers, but it’s hard to determine how much.

If easy access to news means people read more news than they would otherwise, then the digital platforms are creating value overall, and some of that would benefit the content providers.

Read more: Sure, interest rates are negative, but so are some prices, and when you look around, they're everywhere

On the other hand, there are also good reasons to think very little of that value ultimately goes to news and content production.

Platforms have a very strong bargaining position in negotiations with providers over how much to pay for news. In part this is because platforms can easily substitute one news provider for another. An article from the Sydney Morning Herald and one from the Australian Financial Review on the same topic are likely to be very similar, apart from some nuance.

But a news provider can’t easily substitute Facebook for Twitter or Google for Bing, because the alternatives have much smaller audiences. So the news providers have a lot less power to negotiate, because they are more replaceable than the platform itself.

What makes digital platforms so irreplaceable?

Facebook and Google are as big as they are today thanks to network effects. When many people use a digital platform, the platform can attract even more users and create economies of scale. It can collect more and better data, and target advertising more effectively.

Markets with such network effects tend to be dominated by a few very large firms in the long run.

Read more: Our corporate cops allowed Facebook to grow big by worrying about the wrong thing

Digital platforms monetise their dominance of social media and search by selling advertising throughout their entire range of products and indirectly selling data about their users. The time and attention that we spend on digital platforms has enormous value, contrary to what Google Australia might want to claim.

Google has made its case against the media bargaining code via several channels.

Might we be better off this way in the long run? What if we did not consume our news and information on Facebook?

If platforms like Facebook do leave the news and information “market” in Australia, something else will fill the vacuum. People will not simply stop reading news. Rather, they would find alternative channels, or other platforms would step in to aggregate news.

The cooperative solution to the prisoner’s dilemma of news and information requires that we as a society consume news in a way that incentivises journalists to produce high-quality content. This could come about if we all individually choose to get our news content directly from those who produce it, or from platforms that pass more value to producers.

Ideally one might imagine a world with multiple platforms that aggregate news and provide convenient access to journalism. Because news and information are public goods, we might even imagine a non-profit platform which seeks to maximise informed-ness and digital well-being, rather than maximising the profit from eyeballs and user engagement.