The COVID-19 pandemic caused a sudden and very big decline in Australian universities’ revenue as a result of the loss of international student enrolments. Being excluded from the federal government’s JobKeeper program has forced universities to embark on immediate and sustained cost-cutting. Our newly released research identifies several significant risks associated with this approach.

Most universities have tried to reduce the impact on their permanent workforce. They have contained infrastructure programs and other operational costs, cut executives’ pay, reduced casual staff, frozen hiring and drawn on any available reserves.

However, 57% of Australian university expenditure is allocated to employment and related costs of an estimated total higher education workforce of 137,000 full-time equivalent (FTE) staff in 2019. Workforce savings are an inevitable consequence.

Read more: Why is the Australian government letting universities suffer?

Drawing on media reporting of university responses to mid-September 2020, we estimate the financial impact of the pandemic at A$3.8 billion for 2020. We estimate overall job loss expectations for continuing appointments to be at least 5,600 full-time equivalent staff. A conservative 25% reduction in casual and research-only fixed-term staff could result in further losses equivalent to 7,500 FTE, or an estimated 17,500 people.

In FTE terms, the total loss amounts to 10% of the workforce. In terms of the number of individuals losing jobs, the loss is greater.

Read more: More than 70% of academics at some universities are casuals. They're losing work and are cut out of JobKeeper 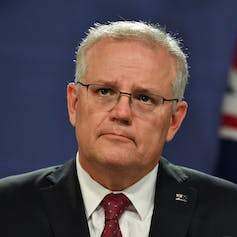 Being denied access to the Morrison government’s JobKeeper program has forced universities to cut tens of thousands of jobs. Dean Lewins/AAP

Enterprise agreement variations enable these universities to reduce or delay job losses by freezing salary increases and purchasing leave entitlements. While saving some jobs, some of these universities have continued with agreed voluntary redundancy programs this year and are reserving options for next year.

Of the remaining universities, one has signalled it is not anticipating significant workforce change. Nine are still considering their responses, or are in discussions with staff and unions, or there is limited publicly available information.

Read more: COVID-19: what Australian universities can do to recover from the loss of international student fees

What risks do job cuts create?

Clearly, there is an immediate imperative driving most universities to reduce staff numbers. However, a COVID-19 response based on widespread staff reductions creates risks for universities. These include:

Despite a decline in international students, some universities are reporting increased demand for domestic university places in semester 2 of 2020. A forecast decline in employment opportunities is likely to increase pressure on universities in 2021 to increase enrolments beyond 2020’s planned levels.

Across the board, voluntary redundancy programs are likely to lead to academic staff shortages in some discipline areas and loss of academic leaders. This could result in:

Reducing casual staff will increase pressure on continuing and fixed-term staff to dedicate more time to teaching and less to research. Research capacity will be reduced. Cuts to fixed-term early career researchers are an easy but not a strategic approach.

Combined, such actions will reduce research output. The result will be a decline in the overall capability of Australian university research.

3. Less capacity to reconfigure and rebuild to be effective in a post-COVID world.

Continual redundancy rounds and “death by a thousand cuts” are an undesirable consequence of many “bottom-up” voluntary redundancy processes. These are essentially tactical rather than strategy-led initiatives. They lead to diminished institutional capability and loss of institutional memory.

This is happening at a time that demands rethinking of the whole of higher education. This approach should include:

An inability to maintain current levels of academic commitment to research risks a slide in world rankings if universities elsewhere sustain their research productivity. This would reduce the attractiveness of Australian universities for international students and international research and industry collaborations. And that, in turn, would threaten future funding of higher education.

Universities have a significant role in the national and global COVID-19 recovery. They must contribute to the reskilling of workers and employment growth, provide educational opportunities for school leavers, research medical innovations such as COVID-19 treatments and vaccines, and collaborate in creating new industries and jobs.

This national role is threatened by an apparent unwillingness on the part of government to recognise and respond to the funding crisis in Australian higher education. Universities face a difficult balancing act to avoid cutting staff numbers so deeply that they lose the capacity to support the nation’s recovery, maintain international standing, drive innovation and discovery, and contribute to the well-being and prosperity of all Australians.

This article was co-authored by Teresa Tjia, a strategic adviser with senior executive experience in higher education. The article is based on more detailed analysis, which can be found here.