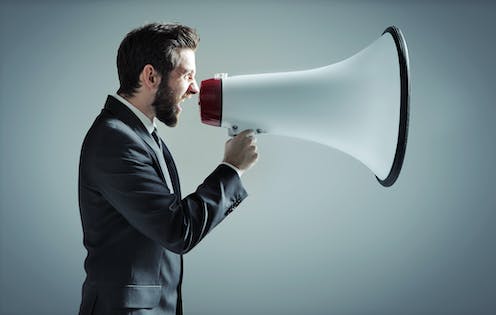 Last month, on the centennial of the 19th amendment granting American women the vote, US President Donald Trump announced he would issue a posthumous pardon for Susan B. Anthony. A suffragette, Anthony was convicted of voting illegally as a woman in 1872. The response was mixed. Some applauded the president, others accused him of virtue signalling.

The term has been levelled in recent times at celebrities, politicians, and brands. But what does “virtue signalling” mean?

The Cambridge Dictionary defines it as:

An attempt to show other people that you are a good person, for example by expressing opinions that will be acceptable to them, especially on social media.

So, virtue signalling is an expression used to call out an individual, company, or organisation - suggesting they are only backing an idea to look good in the eyes of others. The term implies that they don’t truly believe in the cause they publicly support. They are acting out of bad faith, because they have an ulterior motive.

The abundance and popularity of similar terms in the social lexicon, like “radical chic”, “bleeding hearts”, “politically correct”, “poseurs” or just plain “posers”, suggests many value honesty and integrity. We’re wary of fakes and possible bullshit.

However, like these labels, “virtue signalling” is highly pejorative: often wielded as a sneering insult by those on the right against progressives to dismiss their statements as grandstanding. Some people accused of it may actually believe deeply in the cause they speak of, and back their words with actions.

Read more: 'Sumbiotude': a new word in the tiny (but growing) vocabulary for our emotional connection to the environment

A “virtue” is a trait or quality that is deemed to be moral or good. The word has earlier Christian connotations of theological virtues, including humility, kindness, and charity, in opposition to the “seven deadly sins”.

In the case of Trump, infamous for his misogyny, the symbolic pardon of Anthony was construed by many as disingenuous. In a perceived attempt to garner female voters, he was displaying a virtue he didn’t have.

Before an AFL game in June this year, meanwhile, Richmond Tigers and Collingwood Magpies players and umpires knelt down on one knee to show solidarity with Indigenous Australians. It was part of the worldwide Black Lives Matter movement against racism.

Many fans interpreted the gesture as an act of support, unity, and respect. Yet some online critics rejected the display as virtue signalling, telling the teams to “stick to football instead of politics”.

Virtue signalling is often an accusation of “jumping on the bandwagon” of a popular cause. At the height of the #BLM protests, companies including McDonalds, Starbucks, and Nike were accused of “corporate virtue signaling” — or “woke washing” — for issuing empty statements of support.

In the US, even mask wearing has been branded by some as virtue signalling — signifying to progressives a serious approach to public health but to the right an over-reaction amid political culture wars. Indeed the term can sometimes say more about the person who wields it than its ostensible target.

The origins of the term “virtue signalling” are disputed. British journalist James Bartholomew is often credited with coining the phrase in a 2015 article in the conservative publication The Spectator. It is more likely he popularised an existing term, as there are older academic references.

The earlier expression “radical chic” — coined by Tom Wolfe in 1970 and celebrating its 50th anniversary — describes association with a fashionable crusade, but without genuine commitment to it. Where radical chic described the adoption of causes by celebrities and socialites, virtue signalling is different because anyone can do it.

The slur of virtue signalling relates to older well-regarded idioms: “do as I say, not as I do”; “all talk, no action”; “talk the talk”; and “walk the walk”.

Read more: Where 'woke' came from and why marketers should think twice before jumping on the social activism bandwagon

It is a cousin of accusations of political correctness. In their apparent sermonising and moral outrage against racism, sexual harassment, climate change and more, progressives are viewed as emotional and weak, or accused of being sanctimonious.

The term is often used as an ad hominem attack — a charge that dismisses an argument based on the character of the presenter, not the argument itself.

Does it matter if an individual or company signals virtue if it’s in the name of a good cause? Indeed, it can be argued that signalling a commitment to specific values helps moral discourse.

As the Trump pardon of Susan B. Anthony shows, the same action characterised as virtue signalling by one person can also effect positive change.