Have you ever wondered why the Earth’s surface is separated into two distinct worlds – the oceans and large tracts of land?

Why aren’t land and water more mixed up, forming a landscape of lakes? And why is most of the land relatively low and close to sea level, making coastal regions vulnerable to rising seas?

Our new research uncovers the fundamental forces that control the Earth’s surface. These findings will help scientists calculate how land levels will respond to the melting of ice sheets and rises in sea level, as a consequence of global warming, as well as providing insights into changes in land area throughout our planet’s history.

View of Mt Cook/Aoraki, rising 3724m above sea level at the head of Lake Pukaki in New Zealand’s South Island. The mountain is underlain by crust about 45km thick. Shutterstock/yong922760

The research draws on the work by an inspiring early geologist. In 1855, the British Astronomer Royal George Biddell Airy published what is arguably one of the most important scientific papers in the earth sciences, setting out the basic understanding of what controls the elevation of the planet’s surface.

Airy was aware the shape of the Earth is very similar to a spinning fluid ball, distorted by the forces of rotation so that it bulges slightly at the equator and flattens at the poles. He concluded the interior of the Earth must be fluid-like.

His measurements of the force of gravity in mine shafts showed the deep interior of the Earth must be much denser than the shallow parts. 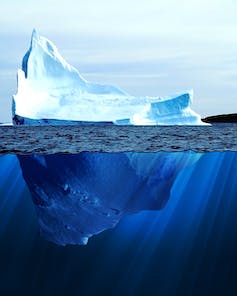 Shutterstock/Sergey Nivens Airy then made an extraordinary leap of scientific thinking. He proposed that the outer part of the Earth, which he called the crust, must be floating on underlying “fluid”. An analogy might be an iceberg floating in water — to rise above the surface, the iceberg must have deep icy roots. Applying the same principle to the Earth, Airy proposed the Earth’s crust also had iceberg-like roots, and the higher the surface elevation, the deeper these roots must be, creating thicker crust. 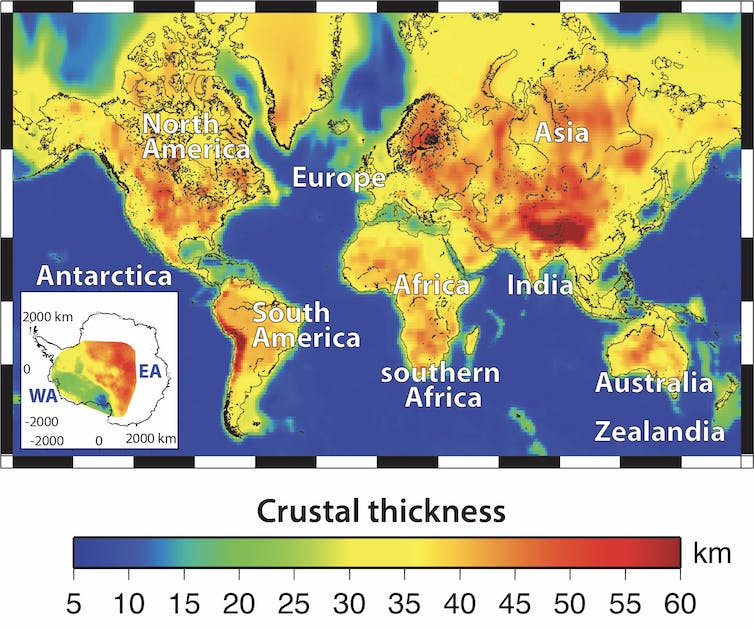 The continents define large continuous areas of land separated by oceans. The Earth’s crust is much thicker beneath the continents compared to the oceans. Simon Lamb, Author provided Airy’s idea provided a fundamental explanation for continents and oceans. They were regions of thick and thin crust respectively. High mountain ranges, such as the Himalaya or Andes, were underlain by even thicker crust. Tectonic plates In the 1960s, the new theory of plate tectonics introduced a complication. It added the concept of tectonic plates, which are colder and denser than the deeper mantle (the geological layer beneath the crust). Read more: How Earth's continents became twisted and contorted over millions of years Over the past two decades, geophysicists have finally put together an accurate picture of the crust in the continents.

Airy imagined the crust as a rocky iceberg with buoyant roots holding up the surface. Plate tectonics adds a dense root of the plate that acts as an anchor. Simon Lamb, Author provided We found a surprising result – there seems to be little relation between the average elevations of the continents and the thickness of the underlying crust, except that the crust is much thicker than beneath the oceans. Most of the land area is within a few hundred metres of sea level, yet the thickness of the crust varies by more than 20km. So why don’t we see the differences in crustal thickness below a continent reflected in its shape above? Our research shows the underlying thick tectonic plate is acting as an anchor, keeping the elevations relatively low even though the buoyant crust wants to rise higher. We used measurements of the thickness of the tectonic plates, recently determined from the speed of seismic waves. The base of the continental plates reaches up to 250km deep, but most is between 100km and 200km deep. We also worked out the densities of the different layers from variations in the strength of gravity. It was clear that the dense roots of the plates were capable of pulling down the surface of the Earth in exactly the way needed to explain the actual elevations. 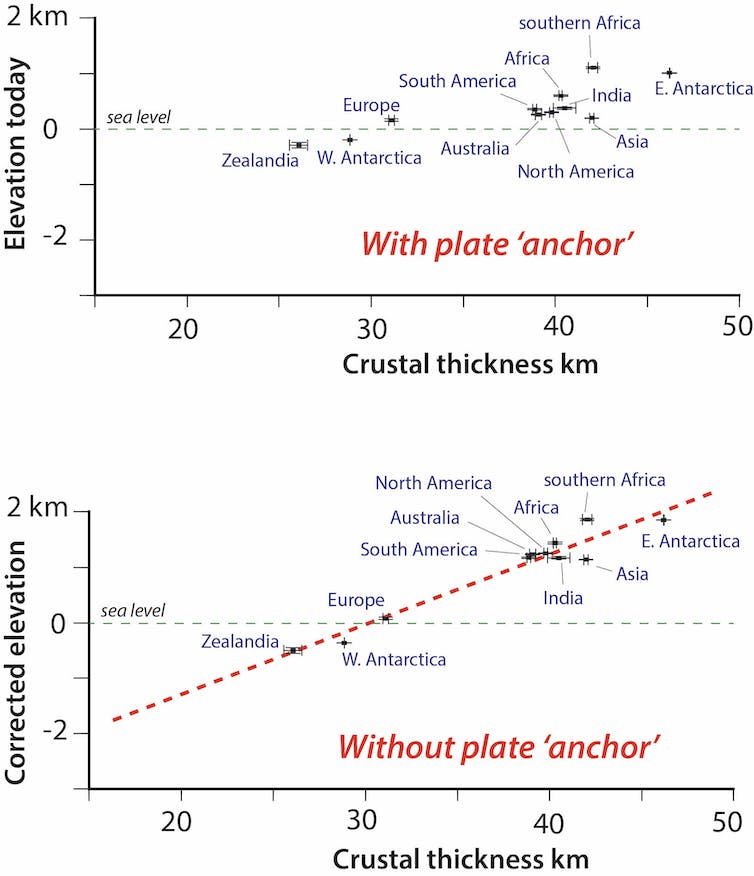 The average elevations of the continents are surprisingly insensitive to their average crustal thicknesses, contrary to Airy’s prediction that they float on the underlying mantle like rocky ‘icebergs’. If the effect of the deep ‘anchor’ of the underlying dense root to the plates is removed, the continents bob up, floating as the iceberg principle would predict, with a straight-line relation between crustal thickness and elevation. Simon Lamb, Author provided A balance of planetary forces Europe and Asia have very similar average elevations of around 175m above sea level. In Asia, both the crust and tectonic plate are thicker than underneath the European continent, but the weight of the extra thickness balances the tendency for the thicker crust to rise up. But why is there so much land close to sea level? The answer is erosion. Over geological time, major rivers wear away the landscape, carrying rock fragments to the sea. In this way, rivers will always reduce the continents to an elevation close to sea level. Read more: What are lost continents, and why are we discovering so many? 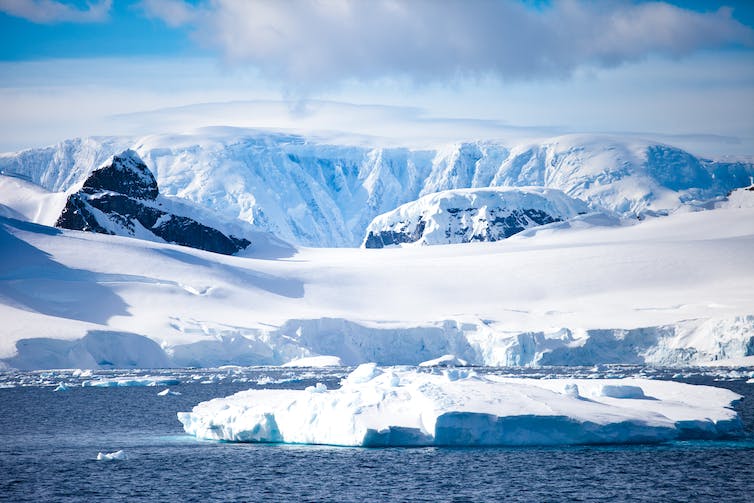 Antarctica is too cold for rivers to erode the landscape. Shutterstock/Li Hui Chen East Antarctica is the exception that proves the rule. It has been close to the South Pole for hundreds of millions of years, with a climate too cold for large rivers to significantly erode the landscape. The crust has been “protected” from the forces of erosion and is on average about 5km thicker than all the other southern continents, but it has a similar plate thickness. The weight of the vast East Antarctic ice sheet is pushing down the underlying bedrock. But if all the ice melted, the surface of East Antarctica would bounce back over the following 10,000 years or so to form the highest continent of all. This, of course, is no cause for comfort in our present climate predicament, with much of the world’s population living in coastal areas.