An overarching criticism of the recent federal budget is that it overlooked the workers hit hardest by the COVID-19 pandemic, namely women. However, the budget includes one promising, albeit small, initiative that focuses on this group. The government announced a cadetship program to help women to upskill in science, technology, engineering and mathematics (STEM), or to build a STEM career.

As part of the JobMaker scheme, the budget allocates A$25 million over five years to create pathways to STEM careers for up to 500 women through industry-sponsored, advanced apprenticeship-style courses. Collaborations between employers and VET providers and/or universities will deliver these “sandwiched programs” combining study and work. Women will be able to get career experience and a salary while obtaining an industry-relevant, advanced diploma in a STEM field.

This scheme should help increase female participation in STEM-related learning and careers. Because more women than men enrol in higher-level VET qualifications – diplomas or advanced diplomas – it’s expected to be attractive to them.

Why is the gender gap in STEM such a problem?

To be competitive in a world increasingly driven and underpinned by technology, Australia must invest in STEM skills to meet evolving industry workforce needs. STEM jobs are growing nearly twice as fast as non-STEM jobs and the trend is set to continue.

Read more: Jobs are changing, and fast. Here's what the VET sector (and employers) need to do to keep up

It’s notable that people in STEM occupations hold more qualifications than those in non-STEM occupations. However, difficulties in recruitment for STEM jobs suggest a looming national shortage of qualifications and technical skills. Low female aspiration for, and participation in, STEM education and careers compound this problem.

In 2016, VET qualifications at diploma level or above were most common among women in the areas of commerce, hospitality and human welfare. Numbers in STEM areas such as engineering and IT were very low. Even women with certificate III/IV qualifications in engineering were more likely to work in sales and services than as technicians.

In short, Australia loses female talent at every stage of the STEM pipeline. 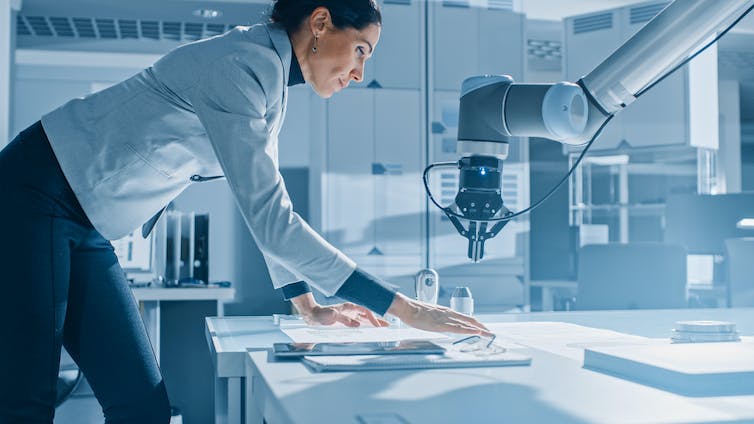 Women with engineering qualifications are more likely to work in sales and services than as technicians. Gorodenkoff/Shutterstock

As the recent documentary The Leadership shows, it’s a lost economic opportunity, as well as a serious issue of gender inequity, socioeconomic disadvantage and insecurity. Women are missing out on the many career opportunities in rapidly growing sectors underpinned by STEM, particularly in the digital economy. It’s also a huge waste of talent.

It’s estimated upskilling just 1% of the workforce into STEM roles would add A$57 billion to Australia’s GDP over 20 years.

Read more: There may not be enough skilled workers in Australia's pipeline for a post-COVID-19 recovery

So what has Australia been doing about it?

Despite many attempts to increase female STEM participation over the years, only in the past few years have structured and co-ordinated plans been drafted.

The first Women in STEM Ambassador, Professor Lisa Harvey-Smith, was appointed in 2018. The ambassador works to promote systemic changes that will produce a STEM sector that is diverse, inclusive and contributes to the nation’s competitiveness.

In addition, a pay gap exists. Full-time female workers earn less on average if working in engineering, science and IT fields. 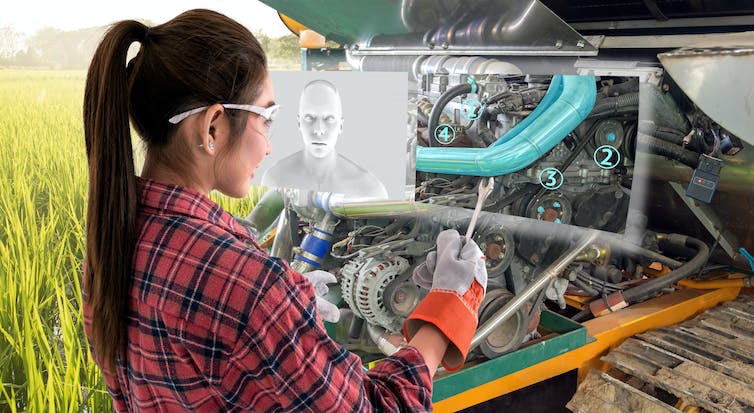 Even if women are working in STEM fields, they are still paid less on average than their male peers. Zapp2Photo/Shutterstock

The newly announced cadetships represent a small investment compared to the scale of the challenges to be overcome.

In 2016, women in the workforce with VET STEM qualifications numbered 95,300. Of these, about 35,200 (37%) held a diploma or advanced diploma, a greater proportion than for men. While the addition of 500 female VET advanced diploma holders by 2025 is an improvement, the number is small. This may reflect capacity constraints in higher education and industry.

The cadetship program focuses on the front end of the talent pipeline, namely attracting women into STEM and providing the requisite qualification and skill base. It is unlikely to address the equally important and long-standing problem of retaining women in STEM careers.

The Women in STEM cadetships are budgeted to receive more than three times as much funding as the advanced apprenticeships in digital technologies (Industry 4.0) pilot.

However, there have been indications some educational providers may interpret the program’s scope to include medical and health sciences (or STEMM). These are outside the STEM areas that traditionally struggle to attract women.

In the longer term, unless women upgrade beyond the level of advanced diploma and build deep competencies in technologies relevant to the Fourth Industrial Revolution, they will be unable to satisfy industry needs. Industries will then lack the talent needed to meet the challenges of disruptive technologies.

Read more: If you're preparing students for 21st century jobs, you're behind the times 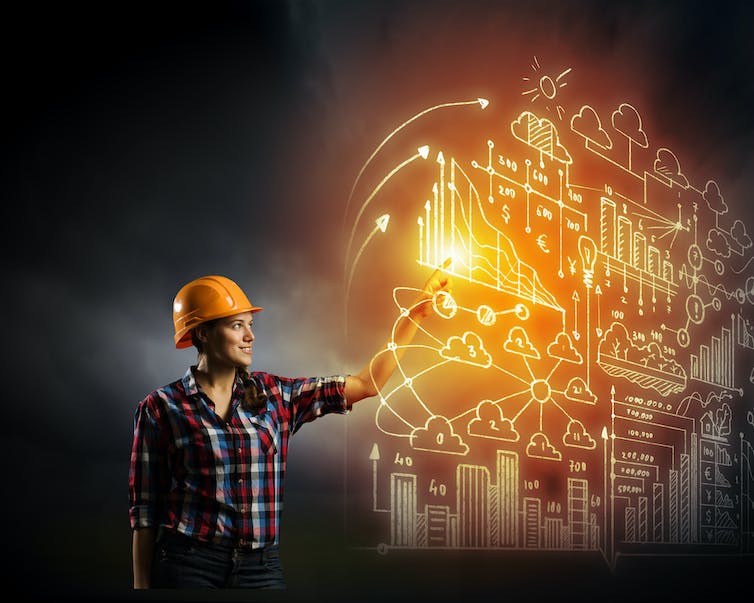 The 500 women cadets may also face competition from the products of other initiatives, in particular the government’s A$1.2 billion wage subsidy for 100,000 apprentices.

Overall, the government deserves credit for experimenting with a scheme that involves closer collaboration between industry and education providers to tackle market failure in managing talent. Rapid technological development and major uncertainty have added to the urgency of this challenge. This scheme is a first step in solving the complex problem of attracting women into industries requiring STEM talent and thereby easing skills shortages.