One of the great paradoxes of climate change communication in Australia is that politicians command the most attention on the issue, yet are among the least trusted sources of climate information.

Research has shown that domestic politics has the strongest influence on Australian media coverage of climate change. In contrast, in India and Germany media attention is driven by factors such as international climate meetings and the activities of environmental advocacy groups.

In Australia, the four most trusted information sources on climate change are climate scientists, farmers, firefighters, and weather presenters, according to Monash University research.

This suggests people want to hear more from scientists about climate change - if only they had greater visibility. Farmers and firefighters may have won the public’s trust because they work at the frontline of climate change, in figuring out how to grow our food with diminishing rainfall or put out fires in an ever-expanding fire season. 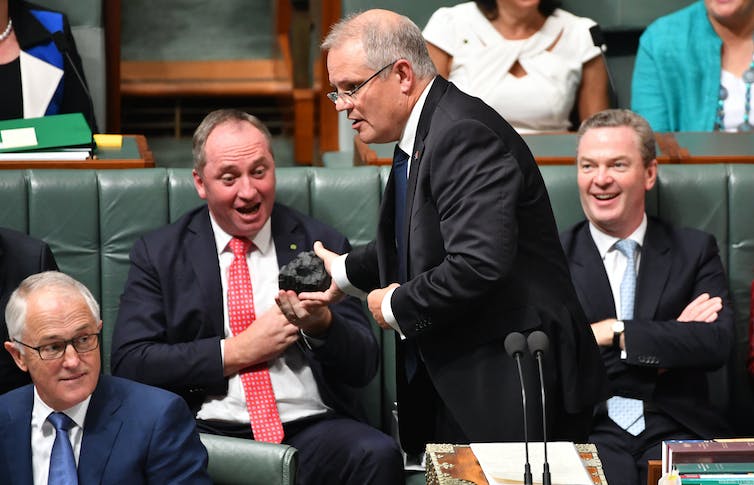 Then-Treasurer Scott Morrison hands then-Deputy Prime Minister Barnaby Joyce a lump of coal during Question Time in Parliament in 2017. Research shows that politicians are not a trusted source of information on climate change. Mick Tsikas/AAP

Of this exclusive group, only weather presenters have the distinction of being both trusted and skilled communicators, and having access to large audiences. As such, they can play a very important role in delivering factual, apolitical information to millions of Australians.

Our research at Monash shows that even Australians concerned about climate change have surprisingly low levels of climate literacy, relative to the immense scale of the problem. This is not to say that simply giving people more facts will improve their knowledge - the assumption that underpins the “deficit model” of science communication. Facts, in themselves, will not necessarily influence people. But when they are delivered by trusted sources they can be very powerful.

In the age of ubiquitous media coverage, it is remarkable that television remains the single largest source of news in Australia. People enjoy the ritual of news delivered at a dependable time that marks the end of the working day.

Veteran news anchors and weather presenters can fill the same place in a viewer’s day for decades, providing a sense of constancy. Weather presenters in particular deal with variations of the same serialised story, and many find that incorporating climate information improves the bulletin. 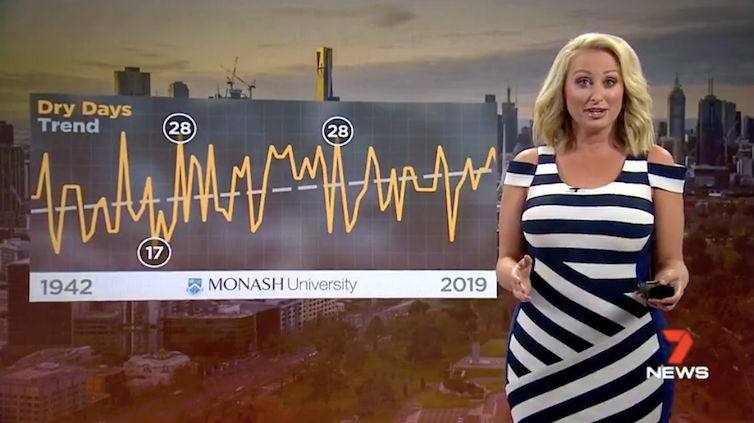 Similarly in the US, the Climate Matters project, established in 2008, has engaged more than 500 weather presenters to present climate information, aided by research from the Center for Climate Change Communication.

Just as these broadcasters present the day’s observed temperatures, they also present observed climate trends over a longer time scale.

The research hub offers graphics and information that weather presenters may use. Channel Seven weather presenter Jane Bunn and the ABC’s Paul Higgins, both of whom are broadcast in Melbourne, were the first to sign up to the Australian pilot program. See video below.

In an article in The Age newspaper in February this year, Bunn said she wanted to communicate only “the facts, quietly put through in a straightforward way that people can understand”.

A reel of Australian weather presenters improving their broadcasts with climate information.

This point touches on another finding of our research - that the public is most receptive to information that is “non-persuasive” or does not attempt to advocate one way or another.

Bunn told The Age that viewers were “generally fascinated with weather trends anyway and this is just giving them more of what they want”.

Weather presenters get it

Those participating in the Australian program generally present observed climate trends over 30-50 years: more than 30 years, because that is what the science says is needed for a strong climate signal, but less than 50 years because most people don’t care about the time scale beyond that.

The Monash project examines long-term climate trends in each month of the year, such as how many March days in Sydney have been hotter than 25℃, or the coldest September night Melbourne has experienced. 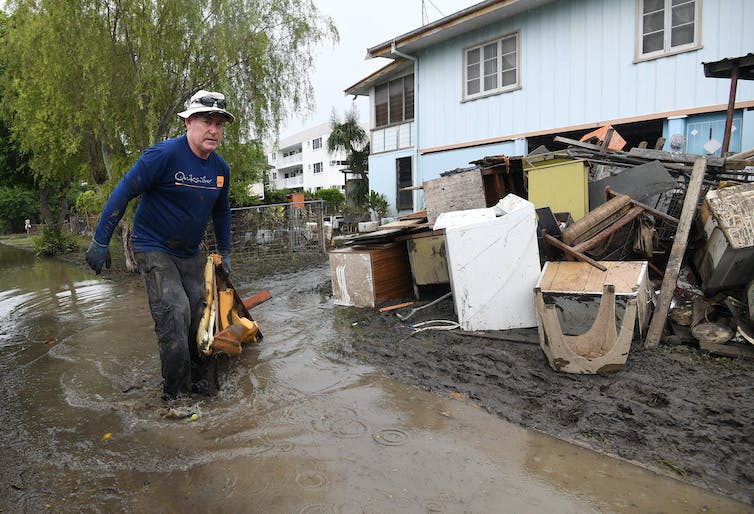 Notably, the project presents only local trends in climate relating to cities, towns and regions in Australia. Our research consistently shows that audiences connect with local information much more than national and global data, because the local information is seen to be far more relevant.

Audiences may also link the information to stories about local extreme weather events associated with climate change, such as floods and more violent storms.

The appetite of Australians for information about climate trends is also very high. A 2017 survey of Australian television audiences found that about 88% of respondents were interested in learning about the impacts of climate change in a weather bulletin. Almost 85% would continue watching their main news program if it started presenting climate information.

More importantly, 57% of respondents said they would switch from their regular news program that wasn’t presenting on climate change to a rival channel that did.

The communication of climate information to audiences can help overcome a little-understood phenomenon known as “pluralistic ignorance”, sometimes also referred to as “perception gap”. It refers to the fact that while more than 75% of Australians say they are concerned about climate change, just 50% believe others have the same level of concern. 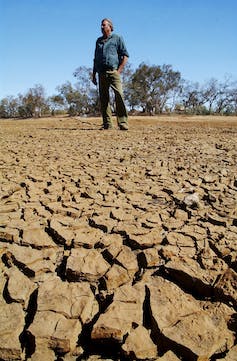 A farmer surveys a cracked riverbed on his drought-stricken property near Cunnamulla, Queensland. Dave Hunt/AAP

This phenomenon is more common in nations such as Australia and the US where there is a strong denialist lobby, or merchants of doubt - groups that may be small but can strongly influence a person’s confidence to discuss climate change in their everyday life. The point is that if others are perceived to be unconcerned, it leads to strong self-silencing among the vast majority of Australians.

So if trusted sources such as weather presenters can show leadership in the public conversation by normalising climate information, this will help bridge the perception gap - and hopefully prompt more discussion of how to respond to the climate crisis.