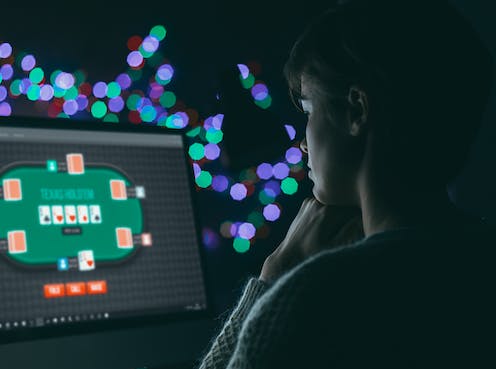 The review focused on the dangers of these “illegal” sites. The concern was that they didn’t offer consumers the same protection given by gambling businesses licensed in Australia.

In 2017, the federal government empowered ACMA to block such sites, and prohibit online advertising promoting them.

The perceived problem with offshore gambling sites is that they’re not regulated according to Australian standards. Also, they don’t pay tax in Australia. Federal cyber safety minister Paul Fletcher claims this results in A$100 million in lost tax each year.

Read more: Education, not restriction, is key to reducing harm from offshore gambling

However, the extent to which online gambling via offshore sites is a problem may be altogether exaggerated.

At the time of the O'Farrell review, A$400 million was being wagered on offshore sites by Australians, at most. Given Aussies lost about A$22 billion to gambling in 2015, that represented less than 2% of the gambling market.

Most gambling losses are from poker machines. During 2016-17, more than A$12 billion was lost on pokies. This made up just over half of that period’s total losses of A$23.7 billion, compared to A$1 billion lost on sports betting and A$3.3 billion lost on race wagering.

In addition, the 2019 survey of gambling activity in NSW indicated about 0.5% of the population used casino games on the internet, and about 0.3% bet on online poker.

Neither of these are legally available online in Australia. This indicates the population actually using offshore providers may be very small.

It’s whack-a-mole, but not a hands-on solution

In any event, attempting to block access to internet sites is problematic. It requires cooperation with (or coercion of) Internet Service Providers.

Sites needing to be blocked must first be identified, and specific technical information must be provided to ISPs to facilitate the block. Meanwhile, those running the site can change its name or move domains, and start where they left off. It’s essentially a game of whack-a-mole.

That said, this doesn’t mean it can’t be done. The United States has prosecuted multiple offshore gambling providers for breaching its internet gambling ban. But enforcing such a ban chews up precious resources.

The problems lie with us

Most of O'Farrell’s recommendations were concerned with improving consumer protection regulations for Australian sites, and developing and then persuading the states to agree to these.

Read more: Action on problem gambling online is a good first step, but no silver bullet

At the time, more harm was being inflicted by Australian registered wagering companies than offshore sites. This is probably still the case. Financial Counselling Australia pointed this out in great detail prior to the O'Farrell review, as did others.

The recommendations have now been largely adopted. The states have reformed taxation arrangements for Australian licensed bookmakers, imposing point-of-consumption taxes. This means the gambling tax on bookies is imposed in the state where the bet is placed, rather than where it’s licensed.

This makes allowance for the fact that, although most online Australian bookmakers are licensed in the Northern Territory, most of their business comes from other states. Bookies prefer the Northern Territory because of its low tax regime, which collects only A$7 million out of A$2 billion in wagering losses, less than 4% of revenue.

It has also had a traditionally relaxed approach to regulation, although this may be changing.

There’s little doubt online gambling (done offshore or domestically) causes significant harm. It has the potential to cause even more, as an increasing number of people are attracted by bookies’ advertisements.

Gambling companies sponsor sports and sporting teams around Australia, with their logos prominent on sports uniforms, on the field, and on memorabilia. The recent Melbourne Cup carnival was a case in point, as are football finals, the Australian Open, and most other major sporting events.

While some people bet online with providers not licensed in Australia, there are still myriad online Australian betting sites available. Website Sportsbetting grew by an average of just under 20% per year (adjusted for inflation) between 2011 and 2017.

The submission of the Victorian Responsible Gambling Foundation to the O'Farrell review in 2016 argued growth in online gambling was almost certainly fuelled by intense advertising by bookmakers.

We need to re-focus

If we were genuinely concerned about reducing gambling harm, an important step would be to ban or further restrict bookmakers’ advertising capacity.

Currently, “whistle to whistle” bans (five minutes before commencement of play, and until five minutes after play concludes) are in effect for football and other short broadcasts, courtesy of a self-regulatory code.

After 8.30pm, however, gambling advertising is permitted and plenty of young people are still watching at this time, being bombarded with bookies’ ads.

There are also numerous exemptions for advertising during “long form” sports such as cricket, and for racing broadcasts.

As we’ve learned from tobacco, our next step towards gambling harm prevention would be to prohibit advertising and sponsorship. That is, if we really do want to prevent harm.