Online gaming but, specifically mobile gaming, has experienced incredible growth when it first became introduced in around 2007, when smart mobile phones started getting released – such as the iPhone in 2007. In 2019, around 2.4 billion people played mobile games which, if you ask me, is not a bad decade of growth for the mobile gaming industry, but how exactly has mobile gaming experienced this breakneck growth?

The growth and popularity of subscription services and games is at the core of the growth in the mobile gaming industry. This is seen in the raw data from services such as Google Play, which was observed over 70% year-on-year growth in gamers subscribing to games. The subscription business model is amazing for revenue generation, as it provides a steady source of income for the games developers, such that their research & development can continue far into the future, as well as it being rewarding for gamers, since they get monthly access to the game, or specific features within the game, which are then updated far into the future. This is also popular for the current generation, as it does not tend to be too expensiv and research from betting sites shows that younger audiences spend more time online.. Sure, over the course of the year this payment system may add up to a lot, but each month, these payments may be just a few dollars.

In-app purchases and gamers have a bit of a love-hate relationship. On the one hand, gamers sometimes give outrage to firms who hide a lot of their games’ features behind microtransactions in games, such as playable characters or other features but, on the other hand, other gamers may not have a problem with paying for other cosmetic features, or coins to purchase other in-game items with. These in-app purchases of virtual goods are all made online, and provide more revenue for developers, as well as access to more features and cosmetic features for the gamers which are willing to pay more.

This feature is seen especially in free games, but gamers can earn in-game rewards like coins or extra lives by watching video ads. So not only does this provide revenue for the firm, and a free game for the consumer, but it also encourages the gamers to stay in the game more and consume more content. This kind of built-in loyalty programme makes a free game profitable for developers, and keeps the players engaged.

Although this feature is not specific to mobile gaming, it is still one which has contributed a lot to the growth of the industry. Players can barter, share and compete with one another for the virtual goods specific to their games. In games such as Clash of Clans and Clash Royale, where players seek to earn cards and gems to improve their playable characters, players can get together in Clans and share cards amongst themselves, so if a player as an excess of cards required by another player, and vice verse, they can trade with one another. This kind of cooperation and economy specifically is exclusive to mobile gaming, and just a few games in particular, but it creates a unique bond between players and it solidifies the loyalty of players to their clan and therefore the game.

A large chunk of the success mobile gaming has seen over the past few years can be attributed to the fact that unique loyalty programmes, and social trade mechanics make sure that players come back to the game as they forge interesting bonds between themselves, the game and its players.

Here's what happens when you’re hospitalised with COVID

The number of people infected with COVID-19 and requiring treatment in hospital is rapidly increasing. Vaccination provides very effective protection ...

What are the protests against Victoria's construction union all about? An expert explains

After violence on Monday outside the Melbourne offices of the Construction, Forestry, Maritime, Mining and Energy union, the Victorian government orde... 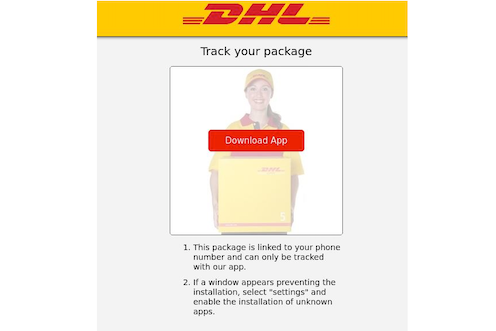 Being bombarded with delivery and post office text scams? Here's why — and what can be done

ScamWatchFor most people, the ping of an incoming SMS will induce some level of excitement — or mild intrigue at least. But with SMS scams on th...

The increased prominence of antisemitic incidents during the COVID pandemic may leave you wondering: has antisemitism always been part of the Australi... 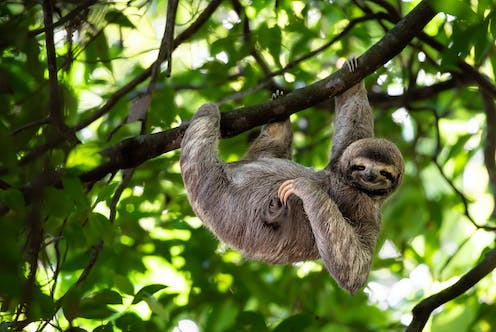 why do sloths go slow? 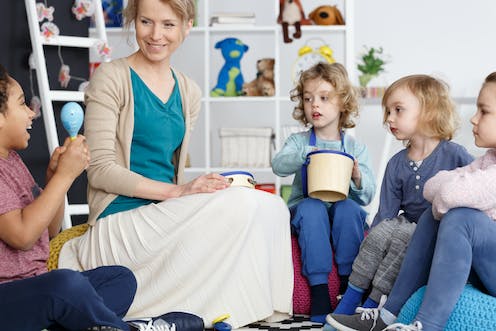 ShutterstockMore than two-thirds of Australian early childhood educators reported working many extra hours to satisfy regulatory requirements in our 2... 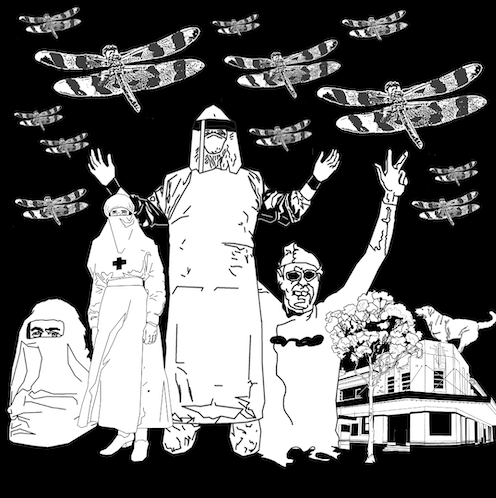 Topsy Turvy, Author providedA new project that spotlights the strain from COVID-19 on our health systems and the people who work in them has invited h...

Morrison and Macron need to talk

After mishandling its cancellation of the French submarines contract, the Morrison government is making things worse by suggesting the French really m... 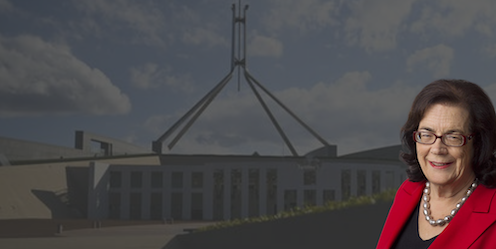 The Furious French and Porter's fall

As well as her interviews with politicians and experts, Politics with Michelle Grattan now includes “Word from The Hill”, where she discus...

The Doherty Report, released 10 August, underpins the vaccination targets in the federal government’s national reopening plan of 70% and 80% of ...

how anti-vaxxers, conspiracy theorists, and the far-right came together over COVID

Scenes of protesters clad in hi-vis jackets and shouting anti-vaccination slogans have dominated the news this week. As the ABC reported:Some of those...